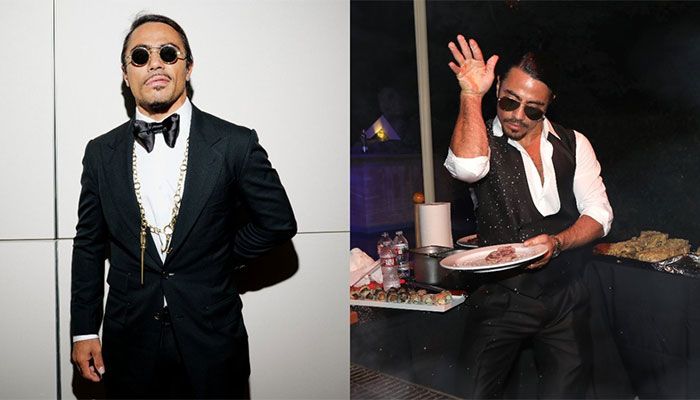 They claimed that eight patrons sat down at tables that had been reserved at Salt Bae’s steakhouse in the upscale central London neighbourhood at around 6 pm on Saturday (December 03, 2022), Sky News reported.

A failing system is symbolised by restaurants like these, according to student Ben Thomas. While two million people in the UK are already dependent on food banks, influencer chefs are selling steaks with gold plating for more than $1,000, he complained.

“Steaks, and other red meats, that we know carry the highest environmental impacts,” he said.

A woman was seen being dragged onto the street by restaurant personnel and left to sit on the curb in a video that the protest group published.

The restaurant – one of more than a dozen Nusr-Et Steakhouse locations worldwide owned by Salt Bae – launched in the latter part of last year, and patrons were astounded by its costs right away.

The steak restaurant chain was started by Nusret Gökçe, who gained internet celebrity in 2017 after appearing in a video salting a steak theatrically from a height – thus earning the nickname “Salt Bae”.