30 More Bangladeshis Rescued from The Mediterranean Return from Tunisia: BRAC 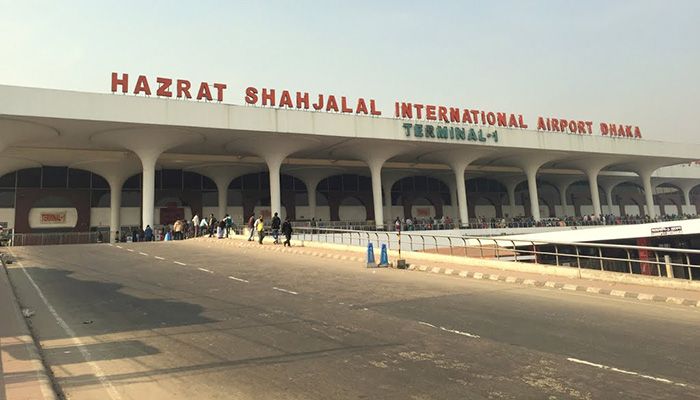 ﻿Thirty more Bangladeshis, rescued in the Mediterranean Sea on their way to Italy, returned to Dhaka Thursday from Tunisia.

All of them, who were victims of human trafficking, arrived home on a Turkish Airlines flight at around 12:00 pm, Brac Migration Programme head Shariful Hasan said.

They are now under the care of the Hazrat Shahjalal International Airport authority and being provided with emergency support, including food and water.

Of them, 7 are from Shariatpur,6 from  Madaripur, 4 from Gopalganj, 3 from Tangail, 2 each from Faridpur, Kishoreganj and Sylhet and 1  each from Cumilla, Dhaka, Noakhali and Munshiganj.

Earlier this year they went to Dubai with visit visas and then moved to Libya and finally to Tunisia. Next, they crossed the Mediterranean through Tunisia and headed towards Italy.

According to information provided by BRAC, around 5,278 Bangladeshis entered Europe this year in similar ways.

As many as 65,000 people entered Europe illegally from Bangladesh in the past 12 years among which 40,000 crossed the Mediterranean Sea in risky voyages.

Most of them belong to the age group 25-50, added BRAC sources.

Many of them have become victims of either trafficking or smuggling into several countries – Libya, Tunisia, Malta, Bosnia and Herzegovina even amid the Covid-19 pandemic. Untold numbers have perished of course.

Bangladesh now tops the list of source countries whose nationals have tried to cross into Europe through the dangerous voyage across the Mediterranean Sea.

UNHCR, the UN refugee agency, recorded 937 deaths in just the first six months of this year in the Mediterranean, many of them Bangladeshis.

Meanwhile, Covid-19 has increased the risk of trafficking not only for potential migrants who are looking for better opportunities in Europe. Recent trends also suggest that traffickers are using social media platforms to lure potential victims of human trafficking.

Around 4,510 irregular Bangladeshi nationals entered Italy, Malta, Spain or Greece in 2020 through sea and by land, according to the International Organization for Migration Displacement Tracking Matrix.

At least 17 Bangladeshi migrants drowned in a shipwreck off Tunisia as they tried to cross the Mediterranean to reach Europe, the Tunisian Red Crescent said in July.

On July 3, at least 43 migrants, including Bangladeshis, went missing while 84 were rescued after a boat heading towards Europe drowned off the coast of Tunisia.

Several migrant boats sank recently while trying to reach Europe as more people are now trying to make the dangerous voyage across the Mediterranean to the continent amid warmer summer weather.

Between May 18 and June 24 this year, Tunisian naval authorities rescued over 700 Bangladeshis, shipwrecked in the Mediterranean on their way to Europe from Libya.

They were part of at least 3,332 Bangladeshis who have so far been either rescued or detained on their way to the continent this year. (UNB)