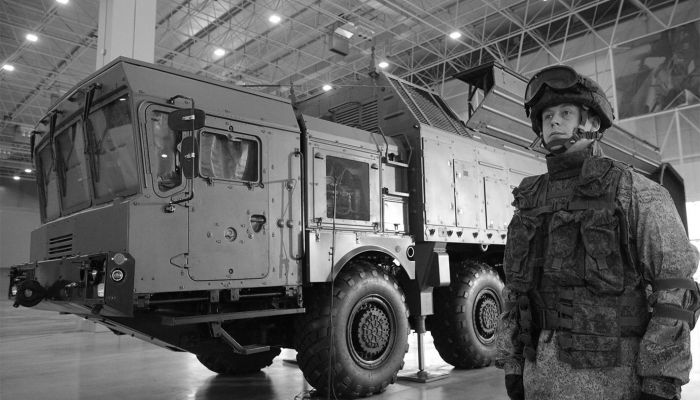 ﻿﻿This is the tendency of the world leaders to generate new weapons and adapt to the military sector, and gradually make it suitable for the competition of the power. As we know, no country wants to remain lagging behind in this case. Besides, each country has the right to defend themselves from external threats. Day by day, world leaders have been developing weaponry to protect themselves.

As they think it in this way like-- If possible, it's urgent protecting yourself as well as the alliance. And when the quality is reached, it can be accomplished. According to mass media data

The world mass media says in this decade (2012-19)  the size of the global defense sector rose by four percent. This information has been published annually by the International Institute for Strategic Studies (IISS). According to the press report, the US and Chinese military spending have risen by 6.6 percent. The United States is seen to be investing more in the defense sector than China's relative rival. At the present time, the competition has become the main tool for increasing their ability.

The United States and China have also raised their military expenditure, and European countries are also on the same list. In 2018 and 2019, Germany's military expenditure rose by more than 9%. They are all occupied with their own protection. Countries invested the funds on the basis of the competition. Why is this competition? Who do we want to be safe from? Who's the first opponent of us? The right response to these questions must be made known. Time has come to make us aware

Although I think we're moving further from our main goal. Global warming and climate change are now detrimental to human civilization. Sometimes we raise our voice against climate change but we are not sufficiently aware We're only involving ourselves in weapons rivalry. If the world is in danger then trying to protect yourself is futile.

The offensive phenomenon of today was in the past when the king was going through the battle They also targeted other countries to show their intensity and strength.

Who should be blamed for this?
Now the strategy is to kill people by inventing weapons in a lame excuse of security! There is no change in this strategy even today. Human civilization today is in the crisis only for arms competition. You believe it or not. It is true. The strategy of protection of yourself will be a boomer. Everyone is to be blamed for this situation. We will be responsible for our future unless we fail to make this earth livable. In the destructive weapons, nuclear bombs, hydrogen bombers are riskier and these weapons are enough to destroy human civilization. We do not understand how stupid we are!  Many people in the world still shelterless are suffering from food security, suffering from malnutrition and far from the education of many children. Many children are deprived of their basic rights also.
When you create all the arms for your security, you will not have the ability to understand the needs
of humanity.
War or peace— what do you really want?
People understand that the only way to earn the honor of the world is power. So that’s how to achieve power invention of new and dangerous weapons is essential. The new weapon is invented again with arms contest. If the city is burnt, then can you save? The contest of the arms pushes the earth towards manifest challenges. The terms war and peace are totally opposite processes. But surprisingly two things in the current world are going side by side. People do not really know what they want. Don’t we want peace? Isn’t a Weapon against humanity? The world should be thought about it. First, we considered that what we want? War or peace? If the answer is peace, we should be attentive to fill the basic needs of human beings. Humanity should be the first priority. Security is needed but it never comes from arms competition.
* Teacher cum content writer
Email- sopnil.roy@gmail.com