Is the Term ‘South Asia’ Correct? 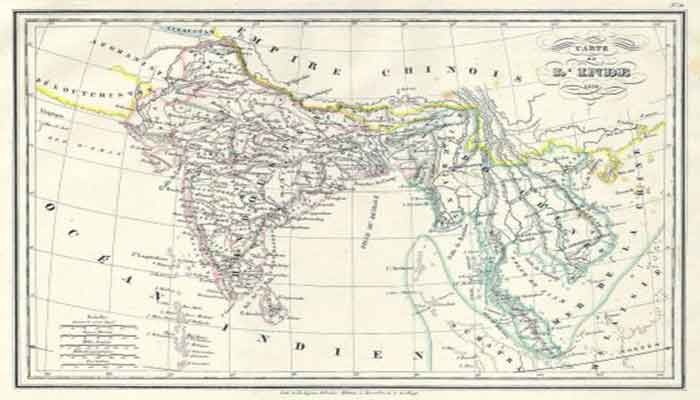 When I joined the Oriental Institute at Warsaw University as a student 20 years ago, my specialization was “Indology,” but the institution I was studying at was called the Chair of South Asian Studies (and it still bears that name). The explanation for this combination of words was not hard to grasp, but little did I know back then what emotions could arise from the choice of such terms.

Academia generally prefers the term “South Asia” to refer to the entire region. It’s a term that is usually understood to be the same (or nearly the same) as the geographical notion of the “Indian subcontinent.” A phrase like “India studies,” it is felt, would marginalize the fact that such a discipline very often includes learning about other modern countries of the region, too.

And yet, some Indians dislike the expression “South Asia” and the terms built around it (such as South Asian Studies). They feel that this dilutes the central role played by India on the subcontinent, both historically and in the present. Then again, some people in countries like Pakistan and Nepal are allergic to the overuse of the word “India,” feeling that it indicates India’s overgrown ambitions to dominate the region – both in the present as well as in the past.

One of the best instances of such identity skirmishes are the recurrent discussions between Indians and Nepalis over the birthplace of Buddha. The people of Nepal are often unhappy when somebody claims that Buddha was born “in India.” His birthplace, now called Lumbini, is located in Nepal (even if just a stone’s throw from the border with India). There was no India, they point out – in the sense of a political entity, a sovereign state called India – when Buddha was born, several centuries before Christ. But this line of argument is a back-and-forth swinging blade that leaves no survivors. The modern state of Nepal also did not exist at the time of Buddha.

If we really need to be precise historically, and if we need to refer to political entities, then Siddhartha Gautama, later titled Buddha, was born in a place called Rumminidei in the territory ruled by the clan of Shakyas (who formed an independent political entity) and the same Rumminidei was identified with Lumbini in the territory of the present-day Republic of Nepal. It is easy to understand why, outside the world of academia, we often cannot afford such lengthy explanations and must resort to simplifications.

But even this is just the starting point of such challenges. Suppose we have thus pin-pointed Buddha’s birthplace in space, time, and in political terms. But given that he spent most of his life in present-day northern India, where he searched for knowledge and salvation, taught, and eventually died, what was the territory he lived in? India? South Asia? We could certainly use the latter term, as it is geographically correct and thus neutral — but it is also very general. It does not tell us anything valuable about the cultural milieu in which he operated.

Buddha’s teachings were a part of Indian philosophy and they built on and referred to (and sometimes rebelled against) earlier Indian thought and religious customs. The Buddhist canon was preserved in Indian languages (mostly in Pali, to some degree also in Sanskrit). If, instead of this, we would say that these were “South Asian philosophy” and “South Asian languages,” such descriptions, even though theoretically correct, would fail to explain anything, to paint any context, to understand linkages and divisions.

Get briefed on the story of the week, and developing stories to watch across the Asia-Pacific.

Is there a good solution to this? It depends on the case, but the above instance of Buddha is as much a review of some naming challenges as an indication of how we can solve them.

South Asia is a geographical notion, and as such straddles political divides as well cultural ones. The term is also neutral with regard to time and people – South Asia was what it was before any humans lived there (since the Indian subcontinent collided with Asia, that is).

India is historically a broad cultural notion (a civilization), and at present a political one as well. As such, it cannot be described only with reference to time and space, but primarily with reference to people, their thoughts and actions. It is true there was no one state called “India” prior to the 20th century but it is also true that there were various Indian states. There were also Indian languages, Indian religious traditions, Indian thinkers, and so on. We use the adjective “Indian” to characterize such people and emphasize the affinities they had with each other, such as with “European states” or “Chinese kingdoms.”

Buddha was thus born in a broader geographical region called South Asia and in the cultural milieu of the Indian civilization. That we term this civilization “Indian” does not mean we identify it exclusively with the modern-day Republic of India; the historical Indian civilization and modern Indian state overlap to a very large degree, but not completely. For instance, Bengali is a language spoken in India as well as Bangladesh; Hinduism is a religion numerically prevalent both in India and in Nepal.

Similarly, in reference to earlier history, the Indian civilization cannot be treated as completely overlapping with the region of South Asia. Cultures are not only built by people, but also travel with them. How can we speak of “South Asian civilization” when the Buddhist canon had been created in India but its scriptures were copied and preserved in Central Asia, while communities of Indian merchants, Indian Buddhist monks, and Indian Hindu priests thrived across Southeast Asia?

Moreover, while geographical regions are usually easier to outline, the borders of cultures often tend to be fuzzy. Bhutan and Nepal, for instance, are today politically separate from India but geographically located in South Asia. On the level of civilization (above myriad local cultures) they had been influenced by both the Indian and Tibetan civilizations. In the case of Nepal, the intensity of such influences from one side depends on the region and people (but is mostly tilted toward India); in the case of Bhutan, the cultural and linguistic affinities are much more with Tibet. Ladakh and Arunachal Pradesh, in turn, are territories within the state of India, located in South Asia, but they were also similarly historically influenced by both the Indian and Tibetan civilizations (indeed, parts of both territories are claimed by China today as belonging to Tibet).

Thus, we should write of South Asia as a region, just as we write of East Asia as a region. As of now the former includes more countries than India and the latter more countries than China. But with regard to wide cultural terms, we should write of the Indian civilization and the Chinese civilization, both of which historically thrived across various political entities (Indian states, Chinese states). The influence of these civilizations historically went beyond the borders of modern states bearing their names (one Republic of India and two Chinese republics), thereby heavily influencing other modern states of their respective regions (such as Nepal, the Koreas or Japan). Recognizing those cultural influences of the past should not be misinterpreted as supporting the idea of political hegemony of any state over the others in the present day, however.

*The writer is a South Asia expert and the head of the Asia Research Centre (War Studies University, Poland)