Waning immunity, new virus variants—India’s sharp surge could be caused by any number of alarming factors. 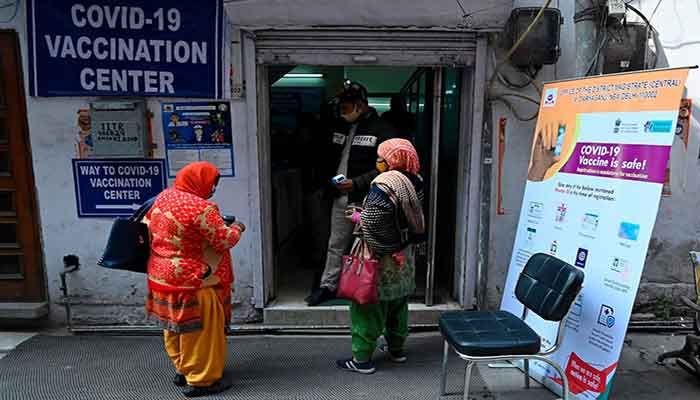 ﻿If there’s one thing that’s sure about the COVID-19 global pandemic, it’s new waves can always be just around the corner. But even with that knowledge, India’s second wave is unique and challenges established narratives. Just one month ago, the global consensus was India had emerged as an unlikely success story of the pandemic. From a peak of close to 100,000 new lab-confirmed cases each day by the middle of September 2020, its decline had been swift and sharp, even as developed nations were struggling. “India has successfully contained the pandemic,” Health Minister Harsh Vardhan said at the end of January. Some were quick to declare that mask compliance was responsible for India’s low numbers. Other health officials said the decline showed that India’s strict lockdown had been effective.

But if it wasn’t evident earlier, it is now abundantly clear to local and national administrations, doctors, and citizens that the second wave is here. India reported more than 100,000 new cases on April 4, a new record for the country, a level not seen in its first wave. This places it at the top of the list of countries worldwide in terms of new cases being reported each day. The western state of Maharashtra alone reported more than 40,000 new cases on March 28, making it one of the worst-hit regions in the world. Moreover, the second wave has gathered momentum much quicker than the first. Although it took 61 days between June and August 2020 to go from almost 8,000 to almost 55,000 daily cases, it took just 41 days to go from 10,000 to 60,000 this time around.

India has reported relatively fewer fatalities than many other countries—although questions over the country’s ability to accurately count all deaths from COVID-19 remain, on account of historic under-registration in health systems—but there is no evidence yet that the second wave will be less deadly than India’s first wave. On the contrary, daily reported deaths are growing faster in India than they have since May 2020. In some regions, including the northern state of Punjab, the recent surge was associated with a sharp increase in fatalities relative to cases through February of this year, according to Murad Banaji, a lecturer of mathematics at Middlesex University, who has been studying India’s COVID-19 numbers.

For most of the world, a second—or even third—wave was anticipated; after all, that is the logic of a pandemic. In India, the story is a bit more complicated. The recent surge is less of a mystery in the country’s rural areas; fewer citizens had already been exposed to the virus there. India’s most recent nationwide serosurvey, conducted over December 2020 and January 2021, indicated that more than 1 in 5 Indians had been exposed to the virus, but the proportion of those with antibodies in urban slums was more than 12 percent higher than in rural areas. “From the serosurveys, we know that there is still a high uninfected population in rural areas,” said Manoj Murhekar, director of India’s National Institute of Epidemiology and lead author of national serosurveys. “This population remains vulnerable.” Coronavirus cases first emerged in big cities or from return migration to villages, but cases are now being detected in small hamlets and villages too, said SP Kalantri, a leading doctor who lives and works in Maharashtra’s impoverished, rural Wardha region.

But the recent rise in cases in big cities has defied some accepted assumptions about the nature of India’s pandemic and called into question whether the September 2020 decline can really be attributed to successful government containment.

Last year, astonishingly high levels of exposure to the virus indicated that herd immunity was imminent, experts, including Murhekar, believed. Serosurveys conducted in India have shown the virus rampaged through parts of the country, particularly its big cities, toward the middle of 2020. By July and August 2020, a serosurvey conducted in five high-incidence areas in the western city of Pune showed that more than half of the people sampled had been exposed to the virus. Two serosurveys conducted in Mumbai showed seropositivity of around 40 percent in the city’s slums, and similar surveys in smaller neighborhoods showed up to 75 percent prevalence of antibodies later in the year. The most recent serosurvey, conducted in Delhi, showed a seroprevalence of 56 percent.

Yet the recent surge in Mumbai and Pune in particular has been intense; the two cities together reported more than 10,000 new cases on March 28. So how is there still space for an exposure surge in cities that were hit so hard the first time around?

One possible explanation has its basis in inequality. Serosurveys across the country initially showed substantially higher seroprevalence in slum areas; there could be parts of these cities’ populations that are only now being exposed to the virus, as they were able to better protect themselves during the earlier surge. Sandeep Juneja is a professor at the Tata Institute of Fundamental Research in Mumbai and one of the serosurveys’ principle investigators. His analysis of Mumbai’s serosurvey data found that between the first and second serosurveys, the infection’s prevalence rose more dramatically in non-slum areas, which could explain the higher numbers now being reported by the more affluent. Additionally, detection rates are much higher in non-slum areas than in slum areas—people in Juneja’s non-slum sample were four to six times more likely to get tested than the sample of people living in slums, even as far back as August 2020 when the epidemic was raging.

Many in the country’s health administration also attribute the current surge to people lowering their guard. “Although the numbers in Mumbai fell from the September peak, the COVID-19 epidemic never really died out,” Banaji said. “With that low but constant level of prevalence, if you have congregations and improved testing, you’re going to once again see new clusters or waves.” By early this year, the city had reopened its commuter lifeline, its local train service and a potential source of new congregations. Other cities have followed suit with their transportation systems.

Moreover, it’s becoming increasingly clear that visualizing herd immunity as a single threshold or moment of time in the future will not work for this pandemic. “When we walked into this pandemic, we learned a lot from epidemiologists about … this concept called herd immunity. We took it a bit far,” said Anup Malani, a professor at the University of Chicago Law School and Pritzker School of Medicine who has led multiple serosurveys in India. “Now the difficulty was that when we started seeing these really high rates of seroprevalence, say Mumbai slums with 55 percent, immediately people said, ‘oh, we’re close to herd immunity. We can relax.’ The problem with that is we don’t actually know what the level of herd immunity is; it’s a belief that we have, but it’s something to be estimated. And the second thing is that herd immunity is not an absolute level. It depends on human behavior.”

Other parts of the world are learning similar lessons. In October 2020, 76 percent of a sample of blood donors in Manaus, Brazil, tested positive for antibodies against the coronavirus. Yet when Brazil experienced a new surge in January, Manaus saw a resurgence. Some of the investigators of the original study wrote in the Lancet medical journal that the 76 percent could have been an overestimate—serosurveys can suffer from erroneous mathematical and epidemiological assumptions. But Manaus carries other potentially important lessons for India. Immunity against infection in Manaus might have already begun to wane by December 2020. Investigators found there could have been new, more transmissible variants circulating, and reinfections, in which immunity acquired from the first wave might not guard against infection from new variants, may have had an impact.

All of these are possible explanations for the current surge in India, but a delayed and yet incomplete research program has meant that the answers are still inconclusive. Mumbai’s serosurveys demonstrated waning antibody levels between the first round conducted in July 2020 and the second round conducted in late August 2020, but there is little research yet in India to show whether this means immunity wanes too. Reinfections have been poorly studied, despite some high-profile anecdotal evidence: At least one minister in Maharashtra’s government announced he had tested positive for the second time. The national serosurveys return to the same regions but not to the same individuals in subsequent rounds, meaning the possibility of reinfection remains untested. In one badly hit region of Maharashtra, some of the samples sent for genomic sequencing were from people who had tested positive twice, Prashant Thakare, the head of the district’s molecular lab said, but the lab no longer had the blood samples from the first time they tested positive—they were destroyed for lack of storage capacity.

India has similarly fallen short when it comes to genomic surveillance for the detection of variants. There is huge genome sequencing capacity in India, said Gagandeep Kang, virologist and professor of microbiology at Christian Medical College, Vellore, but it has been underutilized. “There was initially a huge pitch to sequence, but it turns out we have virtually no strains sequenced after July 2020. Now they have started sequencing again,” she said. It was only at the end of December 2020 that the government launched the Indian SARS-CoV-2 Genomic Consortium (INSACOG), comprising 10 laboratories charged with monitoring genomic variations on a regular basis.

India also reported having found a unique “double mutant” coronavirus variant with a combination of mutations not seen anywhere else in the world. This was reported to the global database as a potential VOC. While officially the government said “these have not been detected in numbers sufficient to either establish a direct relationship or explain the rapid increase in cases in some States,” researchers looking at spread trends believe the speed of increase in states like Maharashtra, which were already hit hard in the first wave, indicates variants are playing a role this time around. Yet, it’s been reported that in the three months since India launched its sequencing consortium, it has sequenced less than 1 percent of total COVID-19 samples, citing a lack of funds. “It was likely that the U.K. variant was circulating in India soon after it was sequenced and identified in the U.K. But we lost precious time by not sequencing enough,” Kang said.

What’s also only partly known is how well vaccines will hold up against the variants already identified in India as well as the potential new “double mutant.” India began vaccinating health care and frontline workers on Jan. 16, and those over age 60—including Prime Minister Narendra Modi—on March 1. An estimated 60 million people had received at least one dose by March 28. From April 1, vaccinations will open up to those over age 45 to help India meet its goal of vaccinating 300 million people—around a quarter of its population—by the end of July 2021. Government health officials have said that both vaccines currently being deployed in India—the Oxford-AstraZeneca vaccine manufactured by the Serum Institute of India as Covishield and the Bharat Biotech-Indian Council for Medical Research vaccine sold in India as Covaxin—are effective against the U.K. and Brazilian variants while research is ongoing against the South African variant. The Indian double mutant has not yet been studied.

Time and time again in the pandemic, India has demonstrated it has the ability to punch above its weight. It scaled up testing at an impressive rate and demonstrated its vaccine manufacturing abilities are world-class and its genome sequencing capabilities are substantial for a middle-income country. But to deploy these capabilities with the foresight, speed, and transparency needed has been another matter—and India’s ongoing second wave will test them all.

*The writer is an independent journalist in Chennai.