The Rise of Border, Surveillance Industry 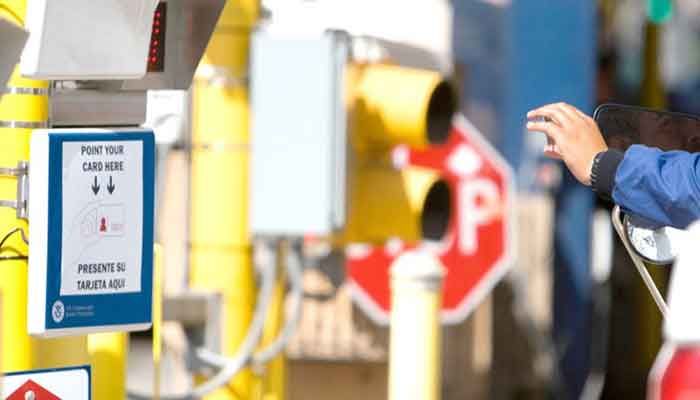 WITH COVID-19 disrupting travel, shutting borders, and redefining what is essential work, Pandemic Borders explores what international migration will look like after the pandemic, in this series titled #MigrantFutures.

Companies that profit from selling surveillance technologies and border services to governments are actively lobbying countries to adopt more militaristic approaches to migration. In fact, the border and surveillance industry is now so profitable that it has become a key commodity for major investment companies such as the Vanguard Group, BlackRock, or Capital Research Management, who invest on behalf of pension funds, insurance companies, university endowments, or individuals’ savings.

Over the past ten years, the global population of displaced people has grown substantially to at least 79.5 million people, according to the United Nations refugee agency, UNHCR. The agency estimates that since 2012, the number of refugees under its mandate has nearly doubled due to conflicts, including the war in Syria and the Rohingya crisis in Myanmar.

The number of forcibly displaced people is expected to continue to rise, as it is growing even faster than the global population rate, due to conflict, economic insecurity and climate impacts that are forcing people to leave their homes.

However, instead of developing strategies to protect refugees and migrants, several governments around the world have focused their energies on building up borders to keep them out.

OVER the last 50 years, 63 walls have been built along borders or on occupied territory across the world. Authorities in the United States, Australia and the European Union have increasingly externalised their border controls to foreign countries, stopping displaced people from even arriving on their soil.

They have also been patrolling borders in ways that lead to the unlawful imprisonment, deportation and inhuman treatment of refugees and migrants. And these walls are not only physical, they are also digital, with governments around the world increasingly relying on artificial intelligence and biometrics.

Although governments are responsible for implementing these policies, it is companies that are lobbying, financing and profiting from the growth of the border and surveillance industry.

Governments are outsourcing border management to household name companies such as Accenture, IBM and Boeing, that provide surveillance technologies and services. And a new report released on April 9 by the Transnational Institute, in collaboration with Stop Wapenhandel has identified that companies including Capital Research and Management (part of the Capital Group), BlackRock, Morgan Stanley and the Vanguard Group are financing this industry’s expansion.

The result: more severe human rights abuses of refugees and migrants, with less accountability for the actors involved in perpetuating this abuse. ‘People on the move are increasingly confronted with a border security infrastructure specifically hired to treat them as a threat, to keep them out,’ explained Daria Davitti, assistant professor in law at Nottingham University. ‘The levels of violence and abuse are unprecedented and in many cases unchecked.’

Rightwing politicians and companies — who have financial incentives to see the border and surveillance industry grow — have framed migration as a security threat in their statements and policy briefs.

‘Migration has been portrayed, in the EU and more generally in the Global North, as a threat to “our” economic prosperity, cultural identity and “values”,’ said Davitti. ‘Defining migrants’ arrivals as a security threat requires security answers, which the border and surveillance industry is of course best placed to provide with services it offers.’

The framing of migration as a security problem has resulted in the dramatic growth of the border and surveillance industry over the last decade, fuelled by booming budgets for border and immigration control. In the United States alone, budgets for borders increased by more than 6,000 per cent since 1980, according to the Transnational Institute.

The EU has plans to spend about three times more on border security and control in its new seven-year budget than its previous one. And by 2025, the global border security market is predicted to grow by between 7.2 per cent and 8.6 per cent, reaching a total of $65-68 billion.

According to the Transnational Institute report, the border and surveillance industry is expanding in five key sectors: border security (more equipment and technologies that surveil and patrol borders to deter people from crossing them); biometrics (new technologies for fingerprints, iris scans or social media tracking); advisory and audit services (that lobby governments to adopt harsher border policies); and migrant detention and deportation.

‘Military and security companies and their lobby organisations are very influential in shaping border and migration policies,’ said Mark Akkerman, lead author of the Transnational Institute report. ‘Representatives of these industries present themselves as experts on these issues and are embraced as such by authorities.’

DISPLACED people are suffering the consequences of the expanding border and surveillance industry, whether they are being monitored at the border by overhead drones or through social media. ‘The militarisation of borders has led to more violence against migrants and has pushed them to more dangerous migration routes,’ said Akkerman. ‘There have also been many reports about human rights violations in migrant detention and during deportations.’

The lack of accessible information about these companies’ roles in the border and surveillance industry makes it harder to hold them accountable. ‘These contracts are often kept secret and governments resist sharing them,’ said Antonella Napolitano, a policy officer at Privacy International. ‘It is a system that lacks oversight and ultimately, accountability.’

Even if the links between these companies and migrant abuse was clearer, experts say it would still be hard to hold private actors accountable. Private companies do not have the same obligations to protect, respect and fulfil human rights as states, making it extremely difficult to hold them responsible for any abuses they may commit.

Legally speaking, it would also be challenging to hold states accountable for outsourcing border violence to the private sector. As a result, experts say the best way forward is to demand that investment companies divest pensions, individuals’ savings and university endowments from companies that perpetuate migrant and refugee abuse.

‘Companies, especially those in the military and [border] security field, are depending on money from investors to keep their business running,’ said Akkerman. ‘Divestment would make it more difficult for them to keep going.’

*The writer a Canadian journalist reporting on the intersection of climate change, gender, international development, migration, and human rights.