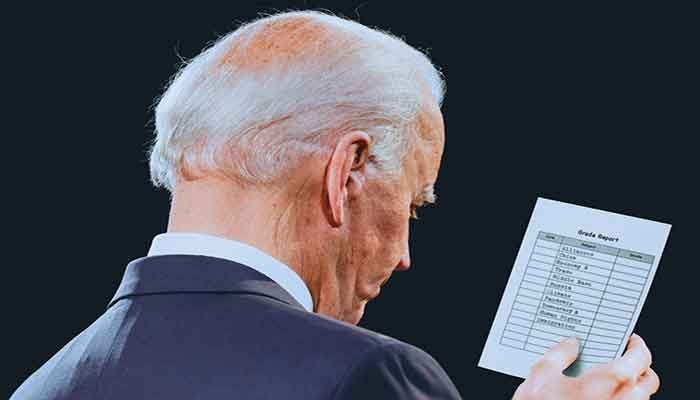 President Joe Biden’s foreign-policy motto is “America is back.” And he is losing no time: In perhaps the busiest start of a new administration since Ronald Reagan’s in 1981, Biden and his new national security team have corralled allies in Asia and Europe, rejoined global institutions, and turned up the heat on authoritarian regimes. He has moved quickly to revoke the Trump administration’s immigration bans and pledge cash to vaccinate the world’s poorest. What’s more, he has done all that amid what is still a devastating pandemic—and following the first violent presidential transition in U.S. history.

Around the world, Biden is being met with a wave of goodwill. In the aftermath of his election victory, 79 percent of Germans, for example, said they trusted him to “do the right thing” in world affairs—compared with only 10 percent who said that of President Donald Trump a few months earlier, according to polls by the Pew Research Center. The sense of relief is especially strong among allies in Asia and Europe, whose citizens watched the Jan. 6 insurrection in the capital of the world’s leading democracy with a mix of horror and fascination.

It’s as if Trump has been forgotten—and not just because Twitter has taken away his megaphone. Rather, it’s the exigencies of global politics that have old allies and new partners looking to Washington for leadership again. An increasingly confident, aggressive, and technologically sophisticated China is challenging the Western-dominated global order on a growing number of fronts. Across the democratic world, angry populists continue to mobilize—and the United States just gave them a model for challenging election results they don’t like. It’s a very different world from the last time Biden held office.

There is skepticism as well. Some governments were very happy with the Trump team’s policies, such as those of Israel and the Arab world, which struck historic, U.S.-brokered peace deals in the Middle East. In Asia, Trump’s tough tone on China had many fans. And it’s still unclear how Biden will bridge the chasms between the moderate political middle for which he has long stood, the powerful progressive wing of his party, and the challenge from the nationalist right. That will affect, for example, the U.S. position on the trade agreements on which many countries’ prosperity depends.

The new administration’s speed at moving to heal alliances and reassert the U.S. global role is a surprise to many at home and abroad who expected Biden to be busy nursing the country’s wounds—a botched pandemic response, a half-frozen economy, and a society riven by racial and political divides—before turning his attention outward. Instead, a strong and experienced team led by Secretary of State Antony Blinken and National Security Advisor Jake Sullivan (who, like many others in the new administration, has written in Foreign Policy) has unleashed a flurry of real and virtual diplomacy.

As a result, the contours of a Biden-era foreign policy are fast coming into focus. Great-power competition between the United States and China—simultaneously a global contest between democratic and illiberal models of government—has emerged as central to U.S. policy. Add to that a new emphasis on climate change, human rights, and using trade to create jobs at home. Biden seeks to strike a new balance between U.S. interests and values, between domestic concerns and global engagement.

Below, prominent experts from around the world take a closer look at Biden’s foreign-policy agenda—from restoring alliances to handling China to combating climate change. Foreign Policy asked 25 thinkers to give us their takes on his first steps on nine key issues and grade the administration on its start. To read their views, either scroll down or jump to one of the topics below.

Topic : Opinion “America is back.”