'Gambling was his only addiction', says Samrat's wife 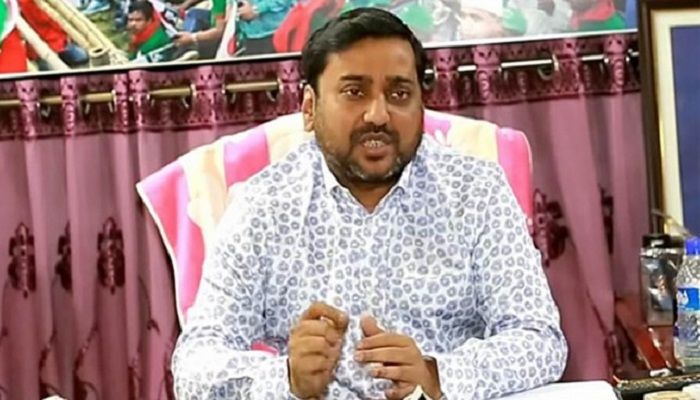 “He had no greed for property, flats or cars … He used to take frequent trips to Singapore to gamble there,” she told reporters when Rab raided their Mohakhali DOHS residence yesterday afternoon, hours after Samrat was arrested in Cumilla.

Sharmin, the second wife of the alleged casino king, also claimed, “Samrat has no asset at all and he spent whatever he earned from gambling on the party.”

“Times have changed. People do not participate in the party’s programs unless they are given money. So, he needed a lot of money and I think he got involved in the casino business and gambling for this reason,” she said.

Replying to a query, Sharmin said her husband got involved in the casino business three to four years ago. She, however, “had no clear idea about it”.

“Before that, he might have gotten money through business as contractor… Or maybe from his ‘boro bhai’ [influential seniors] within the party,” she said.

Sharmin married Samrat 19 years ago and they had a son who is now living abroad.

Samrat, an open-heart surgery patient, did not live in their Mohakhali home as there is no lift in the building. Sharmin used to meet him at his Kakrail office twice or thrice a month. There, she saw another casino gambler and Juba League leader Khaled Mahmud Bhuiyan, she said.

“As far as I know, Samrat owns this flat, one in Shantinagar and the office in his Kakrail house,” she said, replying to a query about his property.

“No other leaders were as popular as Samrat…. He is a good man and behaved well with all,” she added.

Sharmin welcomed the drive against the casinos but said things would not have gotten to this point if they had taken action against the business when it began in the country.