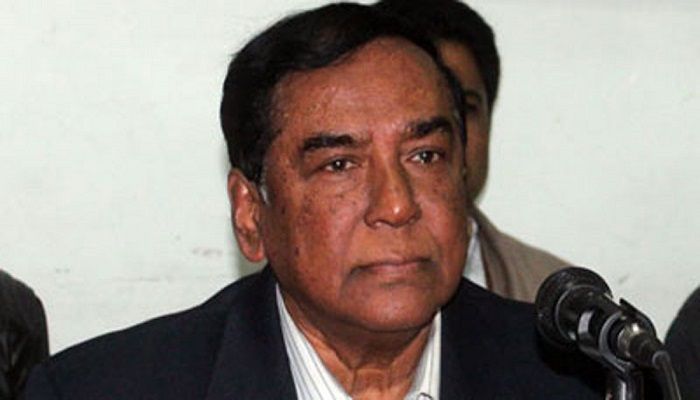 ﻿Police will seek a seven-day remand for BNP Vice-chairman Maj (retd) Hafizuddin Ahmed, who was arrested last night over a “false and fabricated” email about the government intelligence agency.

Officer-in-charge of Pallabi Police Station Nazrul Islam said that Hafiz was already taken to a Dhaka court today and will be produced before the court with a seven-day remand prayer.

Hafizuddin in connivance with the chief of BNP Chairperson Security Force sent a false, fabricated, and baseless email about government intelligence agency, the OC said.

Hafiz’s name allegedly came up in the interrogation of Col (retd) Ishaque Mian, the chief of BNP Chairperson Security Force who was also arrested yesterday under a case filed under the Digital Security Act.

According to Ishaque’s case statement, police seized a laptop with an email sent from Ishaque’s personal email account to a certain Hiren Mukharjee on May 02, 2019 at 11:57pm about the role of intelligence agencies during the December 30, 2018 national election.

The statement alleged that Ishaque gave false, fabricated and baseless information about the agencies’ role undermining the image of the state and upon interrogation he confessed about Maj (retd) Hafizuddin Ahmed, barrister M Sarwar Hossain and others people’s involvement in this.

The BNP Vice-chairman was arrested from the capital’s Hazrat Shahjalal International Airport under the Digital Security Act.