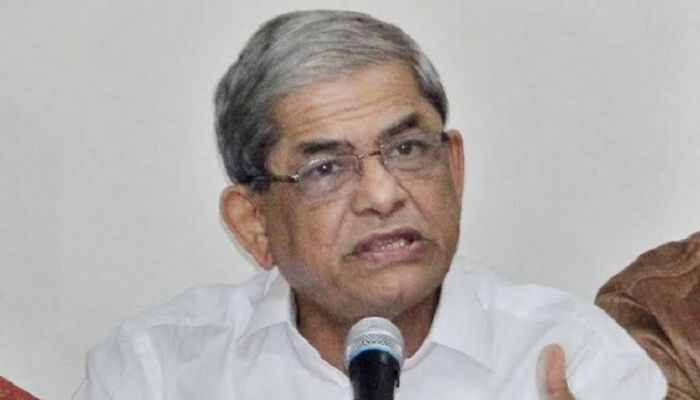 BNP General Secretary Mirza Fakhrul Islam Alamgir on Wednesday said the main focus of their party is now on saving the life of their party chairman Khaleda Zia as he claimed the government is trying to kill her in jail.

Speaking at a press conference, he also said that the ball is now in the government court regarding the release of Khaleda as a ' political decision ' is expected in this respect.

"Saving Madam's (Khaleda's) life is now our main issue as well as that of the citizens because they (Government) are driving her to death in a planned way," he said, speaking at a press conference after a joint meeting of the group at its Nayapaltan central office.

The BNP leader further said, “We want to free her, save her life and return her to people. We’re going to people as we’ll put in our efforts to have her released. It’s our responsibility as a political party.”

Sought his comment about media reports on the willingness of Khaleda’s family to seek parole for her release, Fakhrul said their party is not aware of it.

He said they used all the legal means to release her. "We're also seeking to get her released through legal means. We also spoke to the Minister of Home Affairs. The appeal for her freedom was also raised in Parliament. The whole matter is in the hands of the government. The ball is in their court right now."

The BNP leader said their chairperson’s release does not depend on the legal matters since she has been kept in jail for ‘political reasons. “So, a political decision needs to be taken. This means the usurper government must make a decision whether it’ll free her to restore democratic atmosphere or keep her in jail going against people’s will.”

He also said that Khaleda was not granted bail in bailable cases only because of the government's political ' vengeance. '

Fakhrul called on people to come forward to register their outrage against the government's ' illegal acts ' and to finalize its plan to overthrow politics.