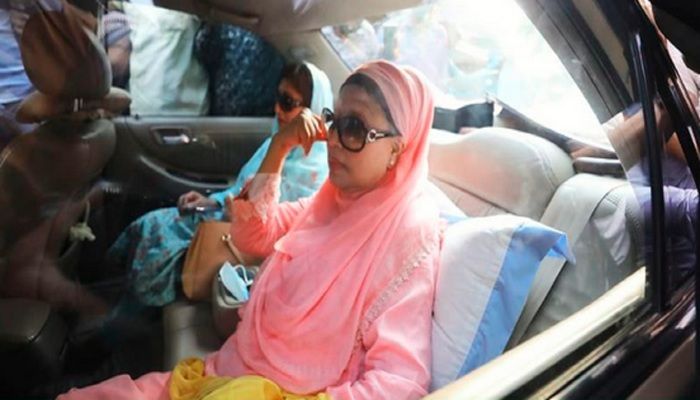 After a long 775-day period, BNP Leader Begum Khaled Zia was released from prison on Wednesday.

Khaleda's brother Shamim Iskandar, her sister Selima Rahman, and BNP Secretary-General Mirza Fakhrul Islam Alamgir and others received her at the hospital around 4:25 p.m.

After release, the former prime minister of Bangladesh was brought to Gulshan's Firoza residence.

Law, Justice and Parliamentary Affairs Minister Anisul Huq said earlier today that the government had agreed to release Khaled Zia from jail for six months on humanitarian grounds and considering her age.

"During the six-month period, she will have to comply with two conditions: will receive treatment from home but cannot go abroad," the minister had said.

On 8 February 2018, Khaleda had been convicted of corruption in the Zia Orphanage Trust case. She's been put in prison since then. She was found guilty of another graft trial later in the same year.