Crowding During Eid Must Be Avoided: Quader 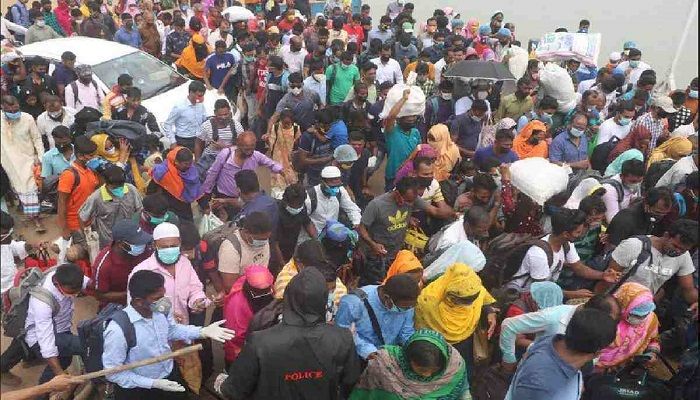 ﻿Road, Transport and Bridges Minister Obaidul Quader on Sunday said crowding and gathering during the upcoming Eid need to be avoided at any cost.

''People’s free movement, crowding and gathering during the last Eid-ul-Fitr led to a rise in Covid-19 cases. Such gathering and crowding should be avoided at any cost during the upcoming Eid-ul-Azha for the sake of one's own survival,'' said Quader, also general secretary of Awami League, at a regular briefing at his official residence.

He said the government is now facing three challenges -- prevention of coronavirus, protection of vulnerable people and victims in 12 flood-hit districts, and prevention of crowding during Eid-ul-Azha.

Although the development work in the country has been hampered to some extent due to the global coronavirus pandemic, the pace in work has retuned in various ongoing mega projects under the ministry,  the minister added.

He said Sheikh Hasina's government is a development-oriented government which is trying to build 'Golden Bengal' as dreamt by Bangabandhu by maintaining the ongoing development trend for improving the lifestyle and social security of people.