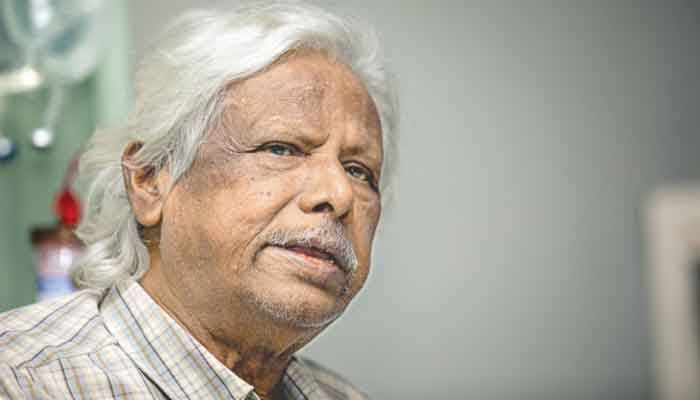 Dr Zafrullah Chowdhury, founder and trustee of the board members of Gonoshasthaya Kendra (GK), said that the government's act of importing antigen kits from South Korea is unlawful.

He made the remark during an interview Thursday night.

They were the first to discover antigen and antibody kits, Dr Zafrullah Chowdhury said, and the government asked them to test the antigen kit at an American laboratory.

The government is now importing antigen kits from South Korea, but in American laboratories, the South Korean antigen kit has not been tested, "added Dr Zafrullah."

"I explained to the government that I made this kit for the citizens of my country and I battled with ambassadors in four countries. But we were given a new requirement for the kit to be tested in a third-party laboratory in America or Sweden, for which we will have to spend Tk1 crore."

The test that was also expected of us must also be passed by South Korea. But in the case of South Korea, the government is not pursuing that strategy, "said Dr Zafrullah."

"It is totally unlawful for the government to lay down one rule for our kits and another rule for kits from other countries."

Dr Zafrullah further added, "We have the kit ready, but we can't market it. At least four countries want to take our antigen kit. But the condition there is that the kit must be registered in our country. That's why I can't give them. I cannot help the people of the country and the people of the world."