Arson Attack on Buses: BNP Men among 446 Accused in 13 Cases 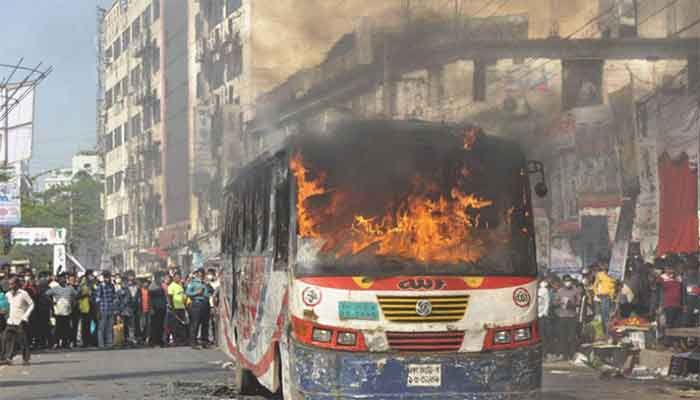 ﻿The police filed thirteen cases with various police stations in the capital, accusing 446 people with arson attacks on nine cars, including two government buses, a BRTC dual-decker bus and an explosion of cocktails.

Most of the accused are BNP leaders and activists.

The vehicles were set on fire in separate areas of the capital on Thursday, the day of the Dhaka-18 and Sirajganj-1 constituencies, with the involvement of two major parties, the Awami League and the BNP.

Firefighters extinguished the flames of seven cars, while residents and pedestrians set fire to two other buses.

On Friday, a court in Dhaka placed 32 of the accused on remand after they were arrested in the case.