Politics in Bangladesh Is Too Polarized And Divisive: Quader 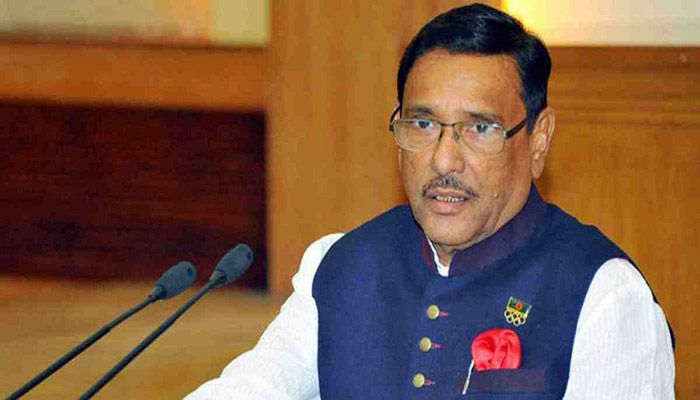 ﻿Obaidul Quader, the general secretary of Bangladesh Awami League, said on Monday that the country’s politics has become “so polarized and divisive” that major political parties fail to reach any understanding on common national issues like the coronavirus pandemic.

“From our party, we have tried to establish a workable co-existence with the BNP. But there has been no positive response from them,” Quader said during a meeting with members of the Overseas Correspondents Association (OCAB) at his Bangladesh Secretariat office.

He recalled how BNP leader Khaleda Zia rebuffed Prime Minister Sheikh Hasina’s repeated gesture to have a dialogue with her in the past.

Quader said 15th August, the day Bangabandhu Sheikh Mujibur Rahman was assassinated in 1975, is a very emotional issue not only for the Awami League but for the entire nation.

“But how can Khaleda Zia celebrate the 15th August as her birthday? You know she has already five birthdays. How is it possible?” he wondered.

He said it was BNP founder Ziaur Rahman who granted indemnity to the killers of Bangabandhu. So, it is crystal clear that he was involved with the assassination of the father of the nation.

During the meeting, the Awami League leader discussed the state of the country’s politics, government drive to procure the Covid-19 vaccine, the Rohingya problem and the rapid progress in the implementation of some mega projects like Padma Bridge and Bangabandhu tunnel under Karnaphuli River.

He said Prime Minister Sheikh Hasina has directed authorities to procure the corona vaccine the soonest from all available sources. “We are trying to get vaccines from China, Russia and the United States,” he said adding the problem may be solved within a couple of months.

On the status of stalled vaccine import from India, Quader said, “We see a ray of hope. But we can’t bank fully on India as we understand they are going through a crisis.”

On the Rohingya issue, he said the international community must do more than just “giving lip service to this problem.” “We are spending 700 million dollars a year to take care of 12 lakh refugees,” he said.

Defending the decision to shift a part of the Rohingyas to Bhasan Char Quader said it was necessary to save the economy, environment, forestry and tourism in the region as well as for their better living.