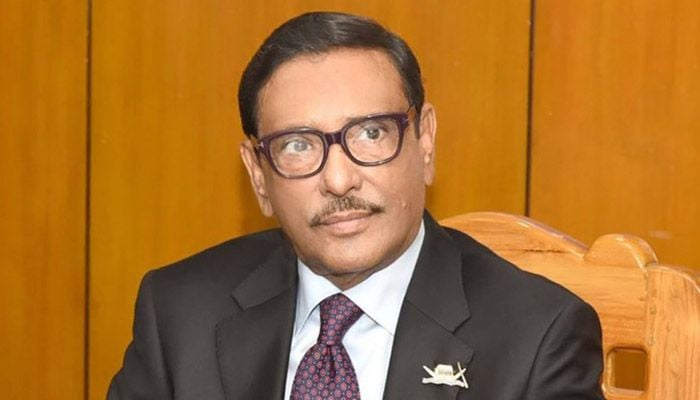 He said this at a regular press conference on contemporary issues at his official residence here.

Ten 10 rights groups in a joint statement on Saturday raised allegations that law-enforcement and intelligence agencies in Bangladesh are launching torture and making ill-treatment on detainees and suspects.

Quader, also Awami League General Secretary, said such allegation is a part of conspiracy of a vested quarter.

He said as per the existing law, detainees are interrogated on specific allegations or at the directives of court.

About raising random allegations of abduction in different periods, he said such allegations come out fake afterward and it has been proved recently.

Photos of carrying out direct attacks on members of law enforcement agencies were published in newspapers while police stations and government offices were came under attack and important documents were gutted in fire attacks, he said.

He said making indiscriminate allegations against security forces in a purpose-oriented way over any stray incident is unexpected.

There are examples of giving sentences to members of security forces as per its own law for making ill-treatment on detainees and none is being spared to this end, he mentioned.

The government’s priority is to protect civic rights side by side with maintaining social stability, he said.

“Awami League has been playing a courageous role in realizing people’s rights since its inception,” he said.

Quader said all criminals and wrongdoers are being brought to justice and no mercy is shown to anyone.

The government has taken tough stance in sensational murders of Nusrat in Feni, Rifat Sharif in Barguna, Major Sinha in Cox’s Bazar and in different other criminal acts as well as every incident of violence against women in recent time, he said.

He said Bangladesh is marching forward at an indomitable speed under the dynamic leadership of Prime Minister Sheikh Hasina.

Positive trend in economic indexes and economic growth of Bangladesh during the coronavirus crisis has created an example in the global arena, he said.

A quarter cannot accept the development and achievements of Bangladesh and that is why conspiracies are being hatched at home and abroad to thwart the continuity of the progress, he said.

The minister said there is a necessity of looking into whether the evil efforts against the country and the government in the name of human rights bodies is a part of orchestrated conspiracy, or not.

Such statements bearing one-eyed and purpose-oriented views is nothing but a combined evil act to tarnish the image of Bangladesh, he said.