Health Min Has No Shame: Fakhrul 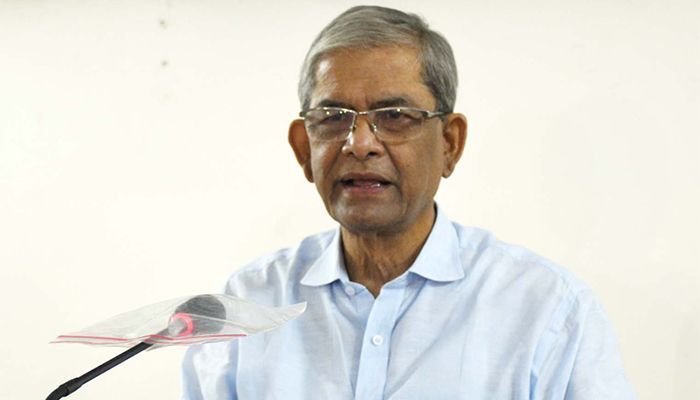 ﻿BNP secretary general Mirza Fakhrul Islam Alamgir said the health minister had no shame. When the corruption in their ministry was proven, he was busy capturing picture with the person convicted of corruption. The picture was taken while signing the agreement.

Mirza Fakhrul made the remarks on Sunday (July 4th) while attending a virtual discussion titled 'Golden Jubilee of Great Independence: Media's Expectations and Achievements organized by the Dhaka Journalists Union.

Referring to remarks made by government and opposition members against Health Minister Zahid Malek in Parliament, the BNP secretary-general said, "Even then, he is not resigning." It is unfortunate that we have such a terrible anti-people government that is destroying all our achievements.''