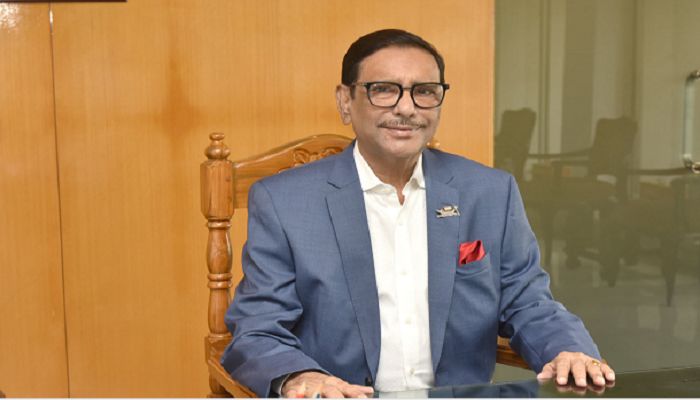 ﻿Awami League (AL) General Secretary and Road Transport and Bridges Minister Obaidul Quader said on Friday perpetrators of the then one-eleven political changeover are still hatching conspiracy for the recurrence of such incident.

He said those who are daydreaming about creating another one-eleven-like incident, their dreams will turn into nightmares.

The one-eleven period was like schooling to politicians and there are many things for political workers to learn from the period, he said.

He said one-eleven was a wicked wound in the country’s political history and the wound was created due to BNP’s power-hungry and reckless politics.

He said BNP had created the background of one-eleven by making a blueprint of holding a one-sided election after making Iajuddin Ahmed as President on one hand and head of the caretaker government on the other.

Aftermath one-eleven political changeover happened in the country and deep darkness came to the country’s political arena and life of politicians, he recalled saying that persons without political background took over the charge of running the country.

The minister said the people will not allow the daydream, of those who are hatching the conspiracy to grasp political power after being isolated from people, to come true.

Quader said the imprisonment day of Bangabandhu’s daughter Sheikh Hasina is actually a day of imprisonment of democracy.

And Sheikh Hasina’s release day from prison got familiarity as release day of democracy in the country’s political history, he said.

The AL general secretary said if anyone does politics for people’s welfare with sincerity, he or she must be rewarded by people.

People’s giving of absolute mandate to Awami League President Sheikh Hasina in 2008 general elections is a bright example of that, he said.

He said the people full of hatred had boycotted those who remained submerged under corruption and stayed busy looting the state property.

Quader said the root of AL is very deep in the soil of Bangla. No conspiracy had been able to push the AL away from Bangladesh and its people in the past and it won’t be able to do that in the future too, he said.

Quader said except AL, no political party stays beside people during the ongoing Coronavirus crisis while BNP is spreading hatred staying at home.

He urged the party leaders and workers to continue extending cooperation to people by wearing facemasks and maintaining health guidelines properly.