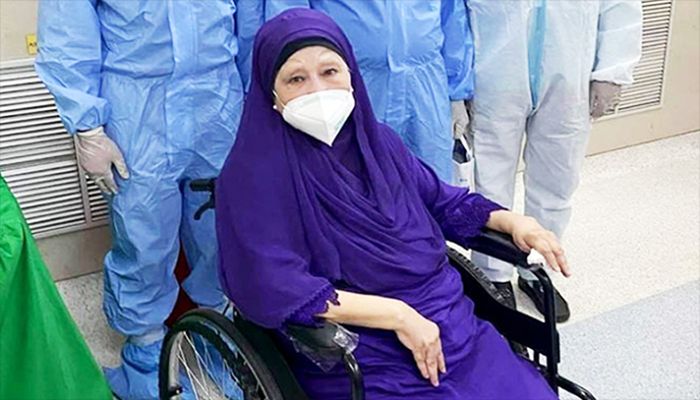 ﻿The opinion of the law ministry on an appeal by the family of BNP Chairperson Khaleda Zia for her release from jail for better treatment has been sent to the home ministry, said Law Minister Anisul Huq.

He confirmed the matter to the media, saying the opinion was issued from the law ministry at 3:00 pm on Tuesday.

Khaleda is currently on conditional release on health grounds.

Last week, Khaleda's family appealed to the government to release her from jail so that she could be taken abroad for better treatment.

Shamim Iskander, younger brother of the BNP chairperson made the appeal to the Ministry of Home Affairs.

Khaleda Zia was sentenced to 17 years of imprisonment on two corruption charges in 2018 and freed from jail custody last year on an application by her relatives when the Covid-19 pandemic broke out in the country.

The 76-year-old BNP chief tested positive for Covid-19 twice in a month - on April 10 and April 24. She returned to her home on June 19, after being hospitalised for nearly two months for coronavirus infection and other complications.