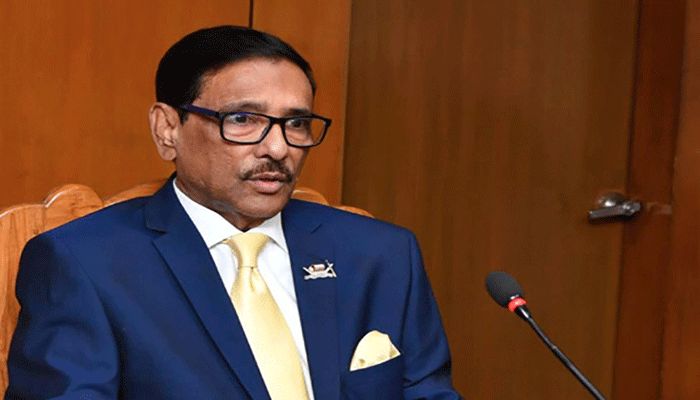 "Sometimes BNP is known as 'Bangladesh complaint party', sometimes as 'terrorist party' to the people and now BNP has turned into 'national pessimistic party", he told a press conference on contemporary issues at his official residence here.

About the comment of BNP leaders that AL becomes politically bankrupt, Quader said it seems that BNP leaders have now started thinking about AL without thinking of themselves.

"BNP indulges in self-satisfaction by creating such cock-and-bull story," he said.

The AL general secretary said making such imaginary and hollow comments to hide their own failures is BNP's old habit.

BNP kept on its ill and negative politics and that is why they are gradually submerging in deep frustration, he said.

"Now BNP has lost its characteristic for its efforts of strengthening ties with communal evil forces and defeated enemies of the Liberation War. BNP has turned into Frankenstein of blind criticism and doing politics of spreading hatred and thus they are making attacks on themselves," he said.

Quader said though BNP Secretary General Mirza Fakhrul Islam Alamgir talks big, the party leaders and workers are now suffering from mass-frustration and BNP has become desperate to grasp state power by hatching conspiracies after being derailed from people's expectations.

As BNP's public support has hit the rock bottom, they are now making hollow and absurd comments, he said.

The people know AL doesn't repress, rather it had freed the nation from repression and subjugation, he said.

"The people know Awami League doesn't loot public property, rather it ensured security of people's life and property," he added.

Quader said AL is a constitution-reliant democratic and disciplined political party and it stays ahead of all other political parties in terms of practicing internal democracy.