No Constitutional Way of Govt Changeover without Polls: Quader 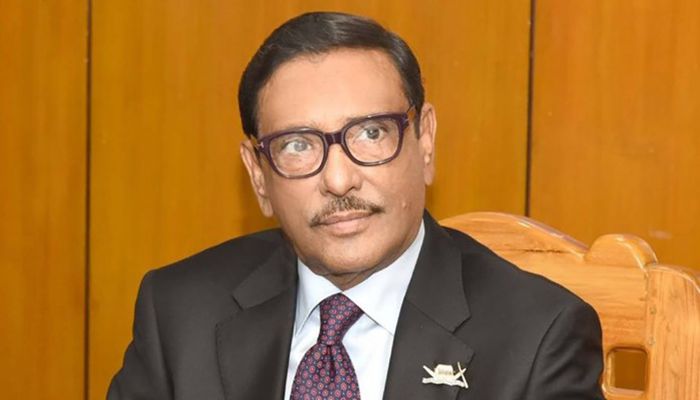 “The people will elect their next government through polls,” he told a press briefing at his official residence here.

Quader urged BNP to concentrate on elections after getting rid of their shame of failures for the last 13 years.

“Prime Minister Sheikh Hasina has the courage to accept the people’s verdict. So, you (BNP) should take preparations for the elections without roaming here and there (to find ways to go to power),” he said.

About comments of BNP leaders that people would jump into streets when BNP’s movement begins, the AL general secretary said BNP leaders are daydreaming as they stay at home and watch Hindi serial (Indian television programme) by shutting down doors after calling for movement and sometimes they peep the efforts of police through the windows.

Quader said BNP didn’t wage any movement in the last one era, so the people now think that BNP's call for movement is nothing but lofty talks.

Though BNP makes bigger talks in media and facebook, they could not do anything by taking to streets, he said.

Mentioning that pro-people issue and suitable time is needed for waging movement, he said opposition parties are not finding any issues for movement because of Prime Minister Sheikh Hasina’s development-oriented and pro-people politics.
That is why BNP’s so-called movement has no objective stance in the country at this movement, he said.
The minister said the people are now making their all-out strides for the development of their own positions in facing the adverse impacts of the coronavirus pandemic side by side with the government efforts.
At this movement, BNP is daydreaming of waging mass-movement, he said.

He said BNP is thinking that if they call for movement, the people will take to streets in large number hurriedly but these are their castles in the air.

The people think that BNP leaders themselves don’t believe what they are talking about, he said.

Quader said BNP leaders turned their anti-government efforts to anti-country stances as they were not hesitating to tarnish the image of the state for going to state power.

In one hand BNP itself couldn’t wage any movement in the last one era and on the other hand, they also failed while making their evil efforts to take advantage by capitalizing on movement of others, he said.

The AL general secretary said if a party doesn’t stand by people in their need, they never respond to the call of the political party.

Realizing the fact, BNP has become desperate to retain the state power through undemocratic paths, he mentioned. (BSS)