Khaleda's Sentence Stayed for Another 6 Months 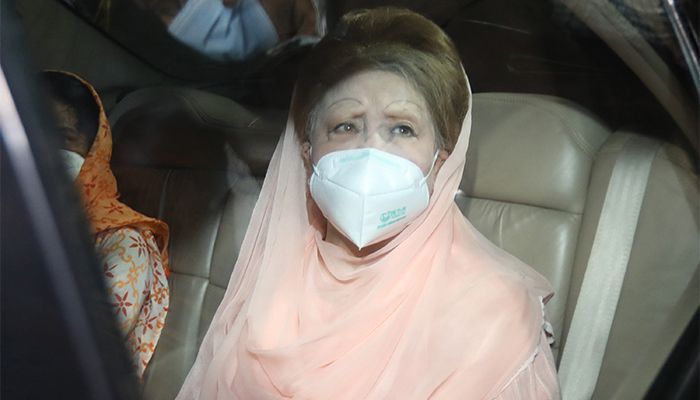 ﻿The government has extended the stay of BNP chairperson Khaleda Zia's sentence for another six months.

The decision was announced on Wednesday (March 16) afternoon.

Earlier on Wednesday, Law Minister Anisul Haque said in her office at the Secretariat that the opinion of the Law Ministry would be sent to the Home Ministry today (Wednesday) on the request of Khaleda Zia's family to extend the stay of the sentence.

With this, Khaleda Zia's sentence was suspended for the fifth time. Last September, the government decided to suspend her sentence for six months. That period will end on March 24.

Former Prime Minister Khaleda Zia, who was sentenced to 17 years in prison in two corruption cases, was released on condition of anonymity by a government executive order on March 25, 2020 amid a coronavirus prevalent.

Khaleda Zia, 75, is currently living in her rented house 'Firoza' in Gulshan. She is suffering from arthritis pain, diabetes, eye problems and other problems due to old age.