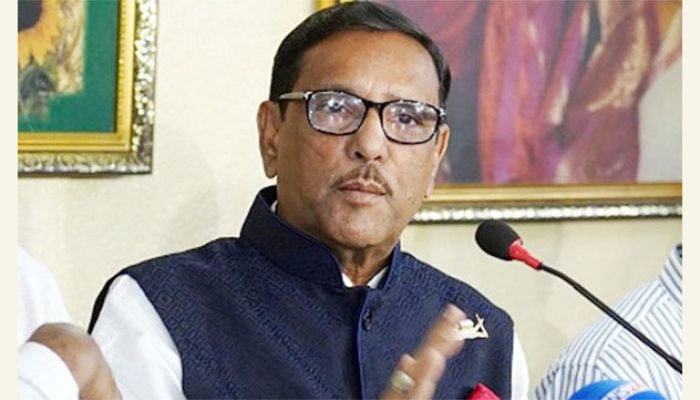 "In fact, such statements of BNP leaders prove that they still want to introduce Pakistan-style politics in Bangladesh by rejecting the great independence," he said in a statement, BSS reports.

The statement was issued protesting the remarks of BNP secretary general Mirza Fakhrul Islam Alamgir as the BNP leader said earlier that "they were in good position during the Pakistani regime".

Quader, also the road transport and bridges minister, said through Fakhrul's statement, the BNP's traditional anti-Bangladesh stance and secret agenda of anti-independence ill-politics have been exposed once again.

He said no person or organisation believing in the country's independence, sovereignty, democracy, progress and patriotism can make such comments which go against the spirit of the great Liberation War.

The AL general secretary said the BNP leaders admired the rule of Pakistani regime at a time when the Bangladesh's progress, success, development and achievements have been lauded around the world.

Even the booming economy of Bangladesh has been commended in Pakistani parliament and media, but the BNP leaders are shamelessly advocating in favour of Pakistan, he said.

He said when the Pakistani intellectuals are expecting a skilled leader like Prime Minister Sheikh Hasina, the BNP secretary general is trying to return to the Pakistan regime.