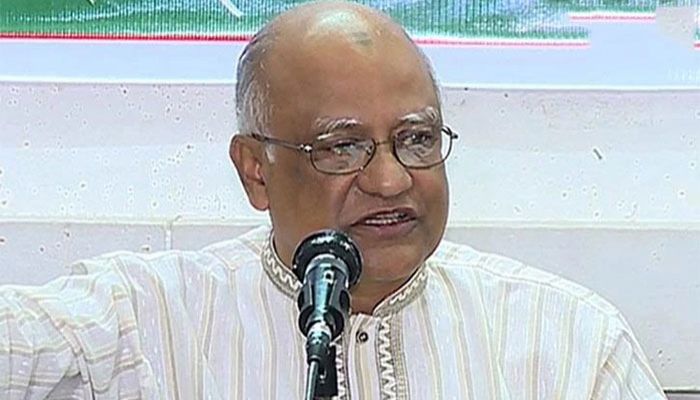 BNP Standing Committee Member Khandaker Mosharraf Hossain said on Friday that the people will force the government to step down if it does not step down willingly, reports UNB.

He made the remark at a press conference organised to unveil plans for Saturday’s anti-government rally in Cumilla.

The rally will begin at 10 am in Townhall and end by 4 pm.

The BNP leader, also a former health minister, said that the country’s people have shown the government ‘a red card’ because of pervasive corruption, failure to keep prices of daily essentials under control and other economic mismanagement.

The main opposition BNP has long been demanding that the next general election be held under a caretaker government, not under any political government – a demand sharply rejected by the ruling Awami League.

It said that their divisional rallies are meant to denounce the price hike of essentials and fuels, the death of five party men in previous police action in Bhola, Narayanganj, Munshiganj and Jashore, and to ensure the freedom of BNP Chairperson Khaleda Zia.