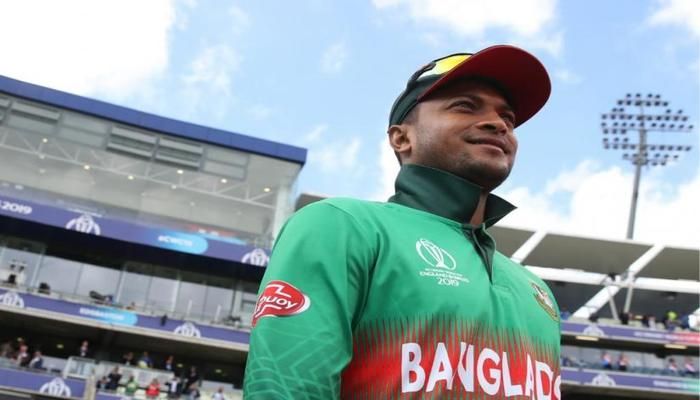 Star Bangladeshi all-rounder Shakib al Hasan, who is on a one-year ban imposed by the International Cricket Council (ICC), has now been dropped from the ICC’s latest ODI and T20I player rankings, according to media reports.

Shakib had been ranked as the number one all-rounder in ODIs and number two in T20Is, but his name was dropped from the lists entirely in the latest updates on Monday.

England’s Ben Stokes is now the number one all-rounder in ODIs, while Australia’s Glenn Maxwell has taken the number two spot in T20Is.

Shakib’s name has also been dropped from the batting and bowling rankings of the shorter formats. Shakib was previously ranked number 23 among ODI batsmen, number 27 among ODI bowlers, number 9 on the T20I bowling charts, and number 32 on the T20I batting rankings.

Shakib is still included in the ICC Test rankings for batsmen, bowlers, and all-rounders, but the rankings have not been updated since October 22 – before the ban was imposed. He is ranked number 3 among Test all-rounders, number 30 on the batting charts, and number 20 on the bowler rankings.

On October 29, Shakib was banned by the ICC for two years, with one year of that suspended, for failing to report three corrupt approaches from a bookie.