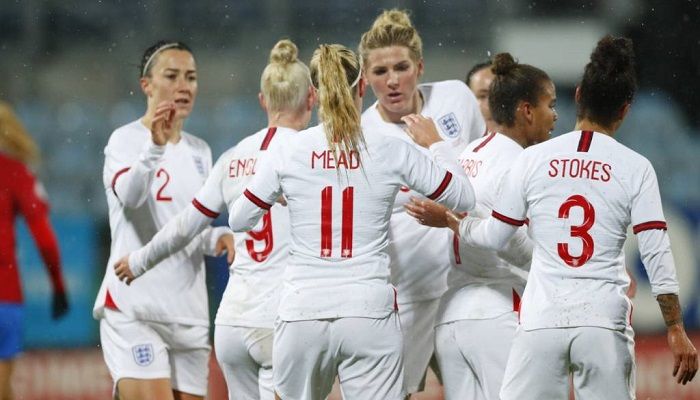 ﻿England head coach Phil Neville said his side should be beating the Czech Republic by more after Leah Williamson's late goal saw the Lionesses end their 2019 fixtures with a scrappy victory.

Arsenal defender Williamson's first senior international goal - a deflected winner from outside the box - gave England a narrow win as snow fell on a wet and slippery pitch.

It is the Lionesses' second win from their six friendlies since this summer's Women's World Cup, easing some of the pressure on Neville, but their disjointed defending showed hard work lies ahead in 2020.

The Czechs, ranked 28th in the world, scored twice through Slavia Prague forward Tereza Szewieczkova in a poor first-half Lionesses' display, either side of quickfire, clinical finishes from Beth England and Beth Mead.

The Lionesses should have had a penalty when Arsenal's Mead was bundled over in the area as they improved significantly in the second half, but they are still yet to rediscover the form that propelled them to the World Cup semi-finals.

"We got the win, that's what I demanded," Neville told BBC Sport.

"We should be beating Czech Republic by more than 3-2. We dominated the second half but we were careless in possession and with the final ball or cross.