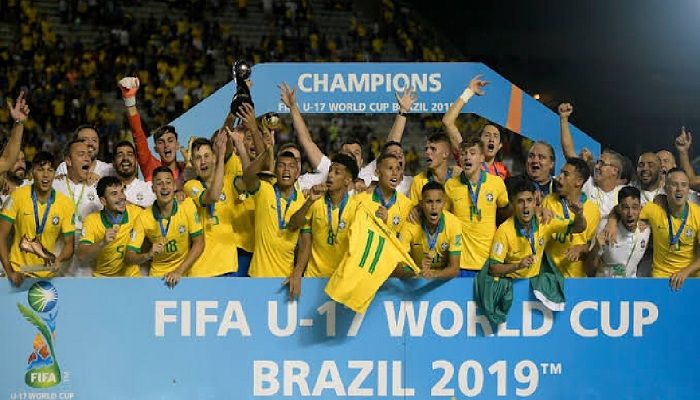 ﻿Brazil rallied to beat Mexico 2-1 on Sunday as they win its fourth under-17 World Cup title.

Bryan González opened the scoring for Mexico in the 66th minute at the Bezerrão stadium in Brasilia, but the hosts turned their fortunes with Kaio Jorge converting from the spot in the 84th and substitute Lázaro scoring in added time.

Brazil reached the final after overcoming a two-goal deficit to beat tournament favorite France 3-2, and had to come back again to capture the under-17 title for the first time since 2003.

The Brazilians didn’t initially qualify for the tournament after a poor performance in the South American qualifiers, but problems in the organization in Peru led soccer’s international governing body to move it to Brazil, allowing the team a spot as hosts.