Umar Gul Bids Farewell to All Forms of Cricket 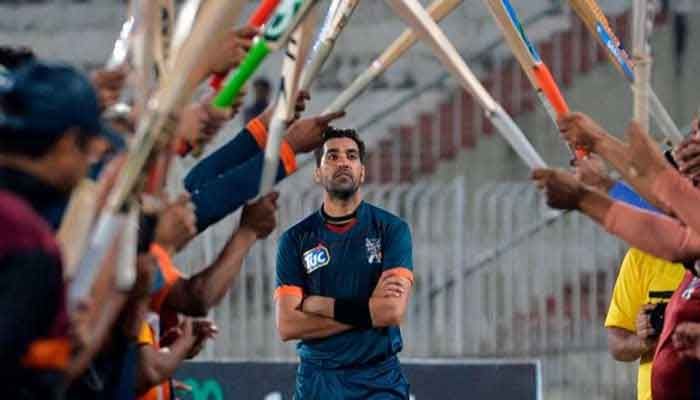 ﻿On Friday night, former Pakistani pacer Umar Gul played his last game as a professional cricketer, marking the end of an era that saw him spearhead the pace attack of Pakistan's cricket team and bamboozle batsmen with his deadly yorkers around the world.

The bowler withdrew after his team, Balochistan, was eliminated by the Shan Masood-led Southern Punjab from the ongoing National T20 Cup, Geo TV reports.

In his last game, a teary-eyed Gul thanked his teammates and the Southern Punjab side for giving him 'respect'. He also thanked the PCB throughout his career for "feeding him like a mother."

Taking to Twitter after his last game, the right-arm pace said the decision has come with a "very heavy heart and after a lot of thinking".

"I have decided to bid farewell to all formats of cricket after this National T20 Cup. I have always played for Pakistan with all my heart and 100% of hardwork. Cricket is and will always be my love n passion," said Gul in a series of Tweets.

Gul said "all good things have to come to an end" and prayed that the "future will hold much more" for him.

The retirement also prompted many, including current and former cricketers, to laud the cricketer on social media to thank Gul for his services to Pakistan cricket.