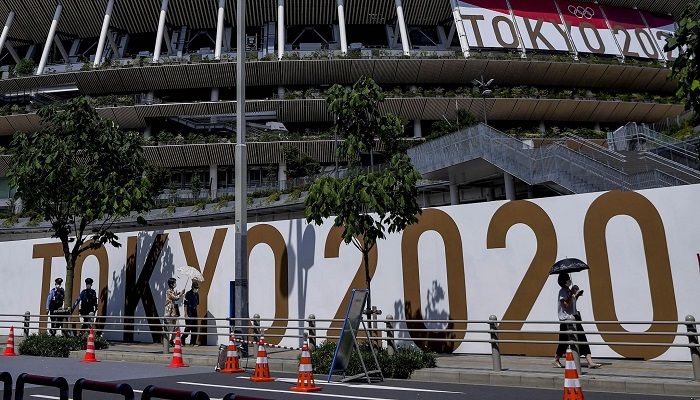 ﻿The number of coronavirus cases at the Tokyo Olympics has risen to 79, organizers said on Wednesday, just days before the start of the major sports event.

Eight more people who arrived in Japan for the games have tested positive for COVID-19, the Tokyo Organizing Committee said.

Japan has barred spectators from attending the delayed Olympics, scheduled from July 23 to August 8, with the host city Tokyo in a state of emergency at least until August 22 due to surging infections, reports Anadolu Agency.

World Health Organization chief Tedros Ghebreyesus said on Wednesday that it was not possible to eliminate the risk of virus transmission at the Tokyo Olympics.

He said anti-virus measures being implemented will be “put to the test,” stressing that the handling of confirmed infections would be critical.

“The mark of success in the coming fortnight is not zero cases,” he said.

“The mark of success is making sure that any cases are identified, isolated, traced and cared for as quickly as possible and onward transmission is interrupted.”

Earlier on Tuesday, Toshiro Muto, head of the Tokyo Olympics organizing committee, said officials are keeping an eye on the COVID-19 situation and “will continue discussions if there is a spike in cases.”

More than 11,000 athletes from 206 countries will compete in 33 sports at the Tokyo Olympics, which will be held at 42 competition venues.

The cost of the delayed summer games has been estimated at over $26 billion, said to be the highest amount in Olympics history.