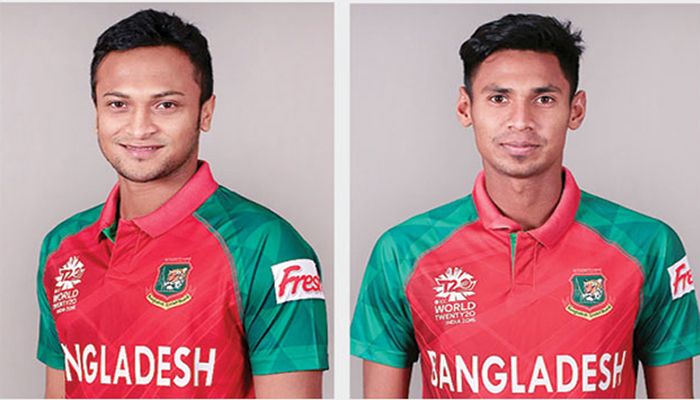 ﻿Ace allrounder Shakib Al Hasan and fast bowler Mustafizur Rahman applied for NOC (No Objection Certificate) to the Bangladesh Cricket Board (BCB) to take part in the second leg of Indian Premier League (IPL) in Dubai.

Though Mustafizur applied for the NOC a few days ago, Shakib submitted his application only a couple of days ago.

BCB’s Cricket Operations Chairman Akram Khan said the board is positive about their participation in IPL in Dubai, which is also the venue of the upcoming Twenty20 World Cup.

“Both Shakib and Mustafizur had already applied for the NOC. Decision on their NOC will be taken on September 1 at the board meeting but as far as I am concerned, the board is very positive about their participation in the IPL,” Akram told the reporters here today.

“Since the IPL venue Dubai is also the venue of the T20 World Cup, their participation will benefit the team in fact. It’s a positive sign.”

Both of the players were part of IPL in the first leg, which was postponed after March 29 this year because of the deadly second wave of Covid-19 in India. While Mustafizur played all of the matches for his franchise Rajasthan Royals and looked to be in peak form, Shakib, who played for Kolkata Knight Riders couldn’t make any significant impact.

The star allrounder who chose to play IPL over Bangladesh’s Test series in Sri Lanka and therefore criticized heavily for his decision played just three matches for the two-time IPL champions KKR.

The IPL will restart on September 19 and will end on October 8, a week before the Twenty20 World Cup starts.