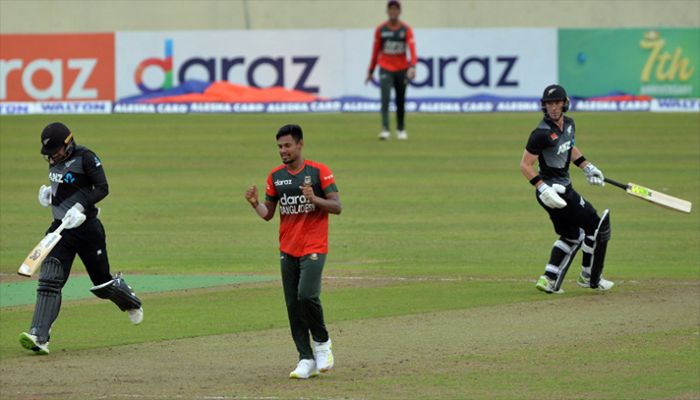 Mustafizur was scheduled to depart for Dubai on Sunday night but due to some visa issues, he had to wait for one more day. His wife will accompany him during the IPL.

This year's IPL was deferred due to the Covid-19 outbreak in the players' bio-bubble, following which both Mustafizur and Shakib Al Hasan had to return home on a chartered flight.

Mustafizur has played seven matches so far in this year’s IPL and bagged eight wickets with the best figures of three wickets for 20 runs.

Of the seven matches they have played, Rajasthan won three, and they will start the remainder of the league being at five on the points table.

Delhi Capitals are leading the table with 12 points from six wins in eight matches.

Another Bangladeshi star Shakib is playing for the Kolkata Knight Riders in this IPL. He has played three matches so far and taken two wickets and scored 38 runs.

He was sidelined in the last four matches of Kolkata, who are currently at seven on the points table with only two wins in seven matches.