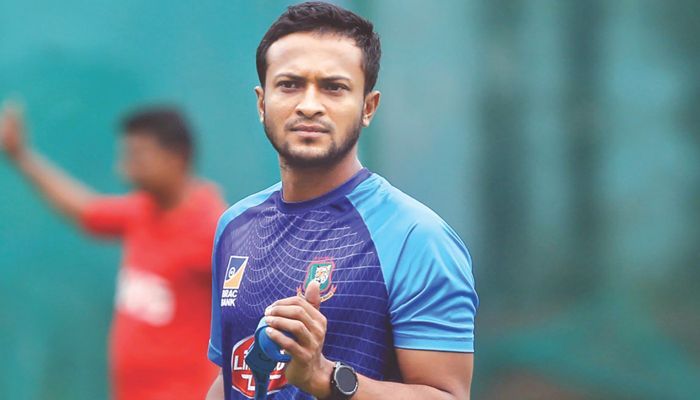 ﻿The Bangladesh Cricket Board (BCB) is awaiting the decision of Shakib Al Hasan, one of the best all-rounders in the world. The star cricketer recently missed the Test series against South Africa due to family problems. For the same reason, the BCB is uncertain whether he will be available for the series against Sri Lanka at home.

After a team management meeting at the BCB office in Mirpur on Sunday (April 17), Cricket Operations Chairman Jalal Yunus said the BCB would soon know from Shakib whether he would play in the Sri Lanka series.

He said that they are discussing it with Shakib. However, the issue of Shakib playing in the Sri Lanka series would be confirmed in a day or two.

After the Eid, the Sri Lanka series camp will start from May 8. The first Test between Bangladesh and Sri Lanka will start on May 15 in Chattogram.