Shakib Will Play in Test Series against Sri Lanka 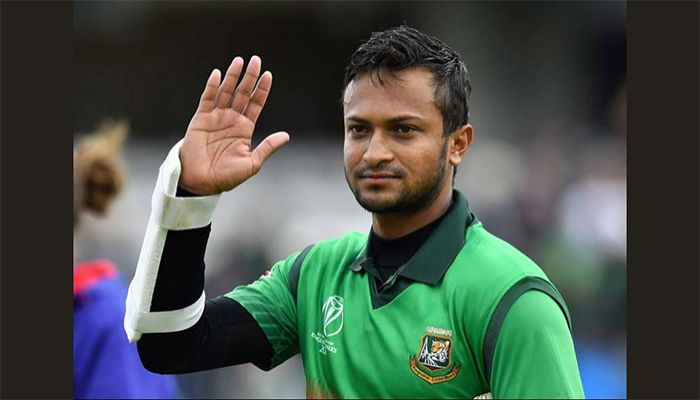 The ace all-rounder of Bangladesh Shakib al Hasan said he will be available for the upcoming two-match Test series against Sri Lanka.

He will arrive today (Wednesday) from the USA and is expected to be available for the entire super league phase for Legends.

Shakib al Hasan did not play the Test series against South Africa as he returned home due to a family emergency.  There was speculation regarding his availability in the longer format.

In the meantime, BCB officials said that they have changed the practice game of Sri Lanka from Chattogram to Dhaka as per the request of the tourist.

The Sri Lankan team is set to arrive in Bangladesh on May 8 and play a two-day warm-up match at the MA Aziz Stadium in Chattogram on May 11 and 12, ahead of the two-match Test series.

“They wanted to shift the practice game from Chattogram to Dhaka and we decided to keep their request,” said Jalal.

The two-match Test series is set to begin on May 15 at the Zahur Ahmed Chowdhury Cricket Stadium in Chattogram while the second Test is to be played at the Sher-e-Bangla National Cricket Stadium in Dhaka from May 23. The preparation camp for the home series will start on May 8.