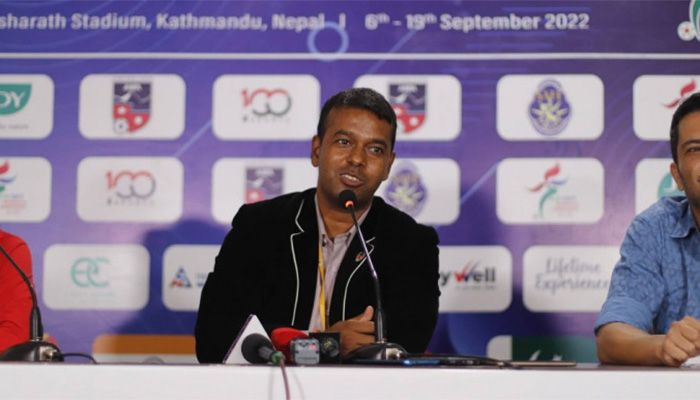 ﻿After his side lost 3-1 to Bangladesh in the title game of the Saff Women's Championship on Monday, Kumar Thapa, the coach of Nepal's women's football team, announced his resignation.

According to Nepalese news agencies, Kumar Thapa explained the reason behind his resignation by stating that it would not be appropriate to hold the job after failing to accomplish the desired result.

The record and the conditions were all in favour. However, Thapa was disappointed that the team did not win the title.

In the announcement of leaving the post of coach, he said, "I am stepping down from the post of coach of Nepal national women's team. If one can't get success, they shouldn't prolong it. Others should be given a chance. That's what I'm doing."

He asked the Nepali football supporters for forgiveness for not being able to realize their ambitions despite their best efforts.

"I am asking for forgiveness from the supporters of Nepal for not being able to keep my promise. We tried our best."

Nepal failed to bag the title despite playing in five finals of the competition. They previously lost to India in four finals. This time their dream was broken by Bangladesh.

Krishna Rani Sarkar scored two goals for Bangladesh in the match held at Dasharath Rangshala Stadium in Nepal on Monday, while Shamsunnahar Jr scored one goal. Basnet scored the only goal for Nepal.