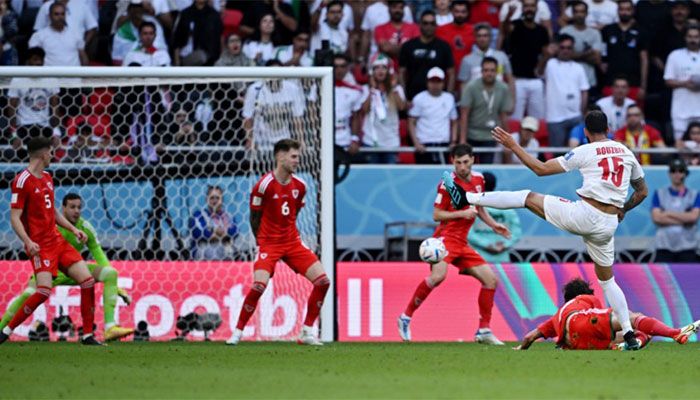 Iran stormed 10-man Wales with two late goals in stoppage time to win their second Group B match of the FIFA World Cup at the Ahmad bin Ali Stadium in Al-Rayyan, Qatar on Friday.

Roozbeh Cheshmi scored a stunner in what became the first goal scored from outside the penalty box in the 98th minute to clinch the lead and Ramin Rezaeian turned it in from close range just three minutes later to seal the match for Iran, reports AFP.

Earlier, Wales goalkeeper Wayne Hennessey received the first red card of the Qatar World Cup on Friday when he was sent off for clattering into Iran's Mehdi Taremi outside the area late in the match.

The stopper was initially given a yellow card but that was upgraded to red in the 86th minute after the intervention of the video assistant referee.