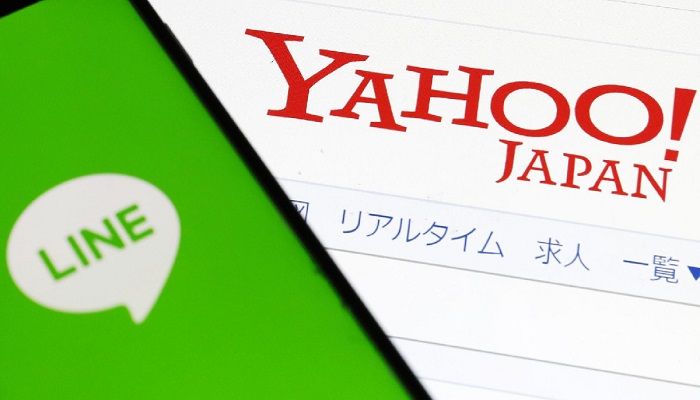 ﻿Online services Yahoo Japan and Line Corporation have announced they are merging.

The combination in a joint venture through a tender offer will form an online giant with retail services, advertising and other mobile services such as messaging.

According to Kyodo news service, their combined sales would be the largest among Japanese online business operators, surpassing Rakuten Inc.

The companies said combining forces will allow them to stay competitive in a drastically changing market, including expansions into robotics and other new areas.

The integration will be carried out equally, according to the companies, but the price is expected to be decided in December.

A discussion had been ongoing between Naver and Z Holdings since June, they said. After a deal is completed, Line will get delisted.

The new company will seek to answer to Japan’s social needs such as a shrinking worker population and natural disasters, SoftBank said in a statement.

“Social and industrial conditions surrounding us are changing drastically and daily on a global basis,” it said, adding that Japan needs to catch up, and coming together might help.

“Particularly in the Internet market, overseas companies, especially those based in the United States and China, are overwhelmingly dominant.”