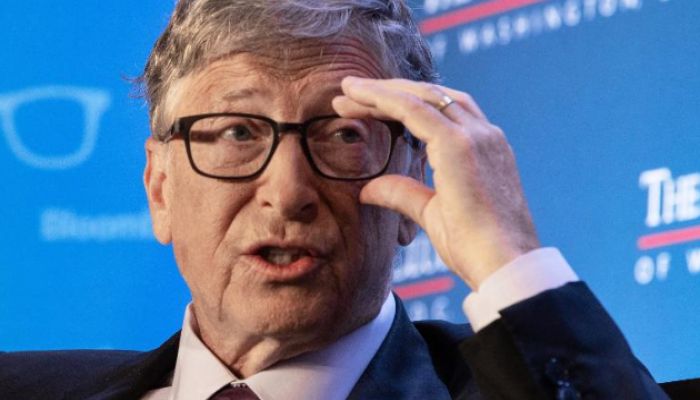 Microsoft revealed on Friday that co-founder Bill Gates had quit its board to dedicate more energy to philanthropy.

More than a decade ago the 64-year-old ceased participating in day-to-day activities at the company, shifting his focus to the foundation he launched with his wife, Melinda.

Gates served as president of Microsoft's board of directors until early 2014 and, according to the Redmond-based technology giant, has now moved down fully.

"It's been a tremendous honor and privilege to have worked with and learned from Bill over the years," Microsoft chief executive and company veteran Satya Nadella said in a release.

"Bill founded our company with a belief in the democratizing force of software and a passion to solve society's most pressing challenges, and Microsoft and the world are better for it."

Nadella said Microsoft would continue to benefit from Gates' "technical passion and advice" in his continuing role as a technical advisor.

"I am grateful for Bill's friendship and look forward to continuing to work alongside him," Nadella said.

Gates left his position as CEO in 2000, handing over reins of the company to Steve Ballmer to devote more time to his charitable foundation.

At the same time Nadella became Microsoft's third CEO in 2014, he gave up the role of chairman.

William H. Gates was a geeky-looking young man who was frequently listed among the wealthiest men in the world when he and Paul Allen co-founded Microsoft in 1975.

Gates grew up with 2 sisters in Seattle. His father William was a solicitor, and his late mother Mary was a United Way International schoolteacher and chairwoman.

He began computer programming as a 13-year-old boy and fell in love with computers.

Among the tales about Gates is that when working on computers at school, he tinkered with programming to place himself in the classes he had created.

With his parents' blessing, Gates dropped out of Harvard to start "Micro-soft" with his late childhood friend Allen.

A key move was to focus on licensing software to computer makers in numerous "partnerships" that resulted in affordable machines being available to the masses.

As the demand for personal computers grew Microsoft became the top software company in the country. His global monopoly led to a heavily contested antitrust case, in which the corporation managed to avoid a break-up but had to face years of monitoring by the government.

Gates went on to turn his attention from software to fighting disease and other humanitarian challenges with his wife, under the auspices of the Bill and Melinda Gates Foundation.

"This move is not surprising to the Street as Gates has continued to focus more on his myriad of philanthropies across the globe over the past decade," Wedbush analyst Daniel Ives said in a note to investors.

"Gates is a historic figure in the technology world and his legacy at Microsoft will be felt in Redmond for decades to come."