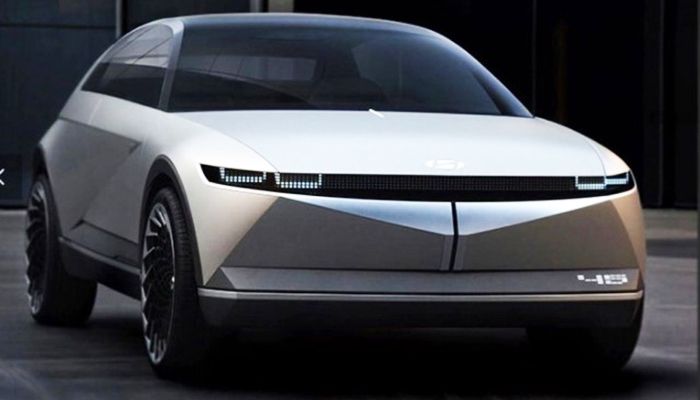 ﻿Hyundai has sparked confusion over a possible electric car tie-up with Apple.

The South Korean car company initially said it was in the "early stage" of talks with the iPhone maker about a possible electric car partnership.

But hours later it backtracked and said it was talking with a number of potential partners without naming Apple.

Hyundai's share price rose more than 20% when the tie-up was announced.

"Apple and Hyundai are in discussions but they are at an early stage and nothing has been decided," it said in a statement that was later revised. Hyundai's value shot up to $9bn (£6.5bn) after the Apple announcement.

While an updated statement said it was talking to a number of companies about a possible electric car tie-up including Apple, a later version omitted the US tech firm.

Apple is known for its secretiveness when it comes to new products and partnerships.

The electric vehicle (EV) market is becoming increasingly competitive, with companies such as Tesla grabbing the headlines with its rapidly-increasing valuation. Tesla chief executive Elon Musk is now the richest man in the world, displacing Amazon founder Jeff Bezos.