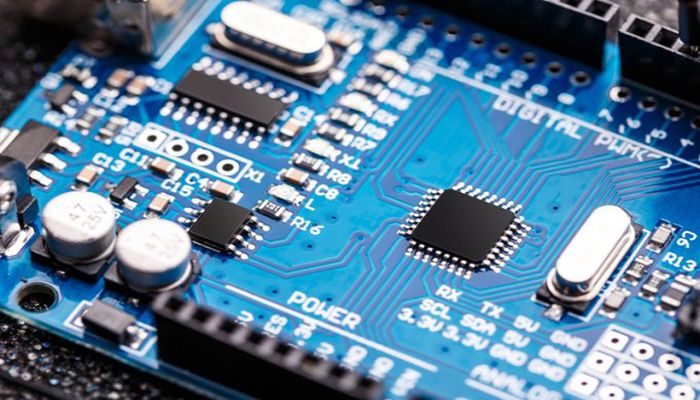 The United States has been a leader in the semiconductor industry for decades. In 2020, the country controlled 48 percent of the industry ($193 billion) in terms of revenue. Photo: Collected

﻿Semiconductor, also known as ‘chips’, is now at the center of economic growth, security and technological innovation though it is smaller than a stamp in size. The impact of semiconductor on global development, which is thinner than human hair and made up of about 40 billion different components, is greater than that of the Industrial Revolution.

The Semiconductor is a ubiquitous component in services ranging from smartphones to personal computers, the Internet, electric cars, airplanes and electronic devices such as hypersonic weapons, digital products and services such as e-commerce. On the one hand, the demand for it is on the rise, and on the other hand, the industry is facing huge challenges. At the same time, artificial intelligence (AI), Quantum Computing, Internet of Things (IoT), modern wireless communication system, Five-G and other semiconductor-capable devices are being created.

China, the net importer of semiconductors, is heavily dependent on foreign manufacturers. In 2020, China imported $350 billion worth of chip or semiconductor, which is 14.6 percent more than in 2019. Although Made in China 2025 has accelerated the development of the local semiconductor industry through the National Integrated Circuit Industry Development, has reduced its dependence on the United States and promoted itself to the level of world leader in technology over the past six years.

China has been competing with the United States since the time of former President Donald Trump. As this rivalry grows, the United States is using tougher licensing policies to control the export of semiconductor, and in the case of China, they are paying more attention to complying with these rules. However, there are growing fears that the China is taking over US technologies through military supply chains and Chinese military and surveillance capabilities.

Amidst the conflict between the two superpowers, Taiwan Semiconductor Manufacturing Corporation (TSMC), the world's top manufacturer in the industry, is now in a state of disarray. The company now controls 51.5 percent of the global semiconductor market and makes the world's most advanced chips (10 nanometers or smaller). The United States and China, such as Apple, Qualcomm, Broadcom and Shylinix, supply chips to companies in both countries. A few days ago, the company also supplied parts to Chinese technology company Huawei; But TSMC severed ties with the Chinese company after the US Department of Commerce banned Huawei's products due to security concerns.

On the other hand, steps taken by former President Trump to strengthen American-Taiwanese relations have led to increased regional tensions surrounding the Taiwan Strait and increased Chinese military activity in the region. And for all these reasons, Taiwan has now become the center of geopolitics. And all of these factors together have thrown the global semiconductor industry into a complex situation. Presenting a part of the complex ecosystem of this industry, it is also becoming difficult for companies and countries to stay away from geopolitics amid the pressures created by the Taiwan-US-China conflict. Geopolitics, trade and mountainous technology disputes and the Covid-19 epidemic continue to damage its supply and value chain. Semiconductor companies are trying to keep their production activities safe by relocating warehousing or manufacturing facilities; but even then, the industry is currently in a state of chaos.

The semiconductor industry is now at the center of the Sino-US strategic and technologically competitive relationship. The industry is currently facing various stages such as protective tariffs and non-tariff measures; which is hampering the manufacturing activities and competitiveness of the industry. An analysis of the FP Insider report states that the strategic relationship between China, Taiwan and the United States is now being reflected in the semiconductor industry. This shows how much the public and private companies involved in the industry are facing challenges.