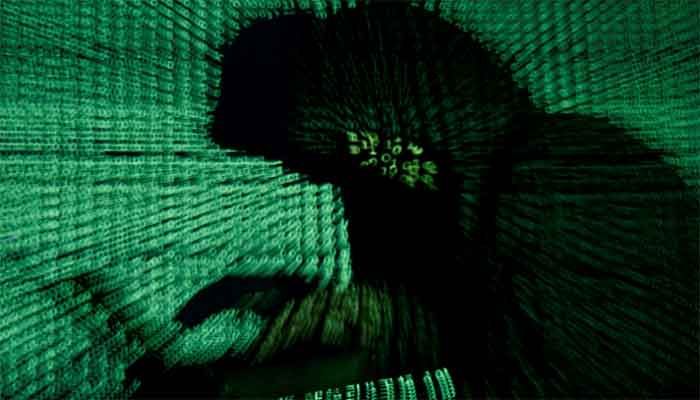 A man holds a laptop computer as cyber code is projected on him in this illustration picture taken on May 13, 2017. || Photo: Reuters

A Russian-based hacker group blamed for a massive ransomware attack went offline Tuesday, sparking speculation about whether the move was the result of a government-led action.

The "dark web" page of the group known as REvil disappeared some two weeks after an attack that crippled networks of hundreds of companies worldwide and prompted a ransom demand of $70 million, reports AFP.

"REvil has seemingly vanished from the dark web, as its website has gone offline," tweeted Allan Liska, a security researcher with the firm Recorded Future, who noted that the site had been unresponsive from around 0500 GMT.

The news comes after US President Joe Biden repeated a warning to his Russian counterpart Vladimir Putin late last week about harbouring cybercriminals while suggesting Washington could take action in the face of growing ransomware attacks.

Analysts in the past have suggested that the US military's Cyber Command has the capability to strike back at hackers in the face of threats to national security, but there was no official word on any such action.

"The situation is still unfolding, but evidence suggests REvil has suffered a planned, concurrent takedown of their infrastructure, either by the operators themselves or via industry or law enforcement action," John Hultquist of Mandiant Threat Intelligence said in an emailed statement.

"If this was a disruption operation of some kind, full details may never come to light."

"Whether the outage is the result of action taken by law enforcement is unclear," Callow said.

"If law enforcement has managed to disrupt the gang’s operations, that would obviously be a good thing but could create problems for any companies whose data is currently encrypted. They'd not have the option of paying REvil for the key needed to decrypt their data."

James Lewis, head of technology and public policy at the Washington-based Center for Strategic & International Studies, said the site may be down for a number of reasons including pressure from Russian authorities.

Liska noted that the site's ownership had not been changed, making a domain seizure less likely. "This could suggest these are self-directed takedowns (too early to tell)," he said.

The unprecedented attack targeting the US software firm Kaseya affected an estimated 1,500 businesses.

The Kaseya attack, which was reported July 2, shut down a major Swedish supermarket chain and ricocheted around the world, impacting businesses in at least 17 countries, from pharmacies to gas stations, as well as dozens of New Zealand kindergartens.