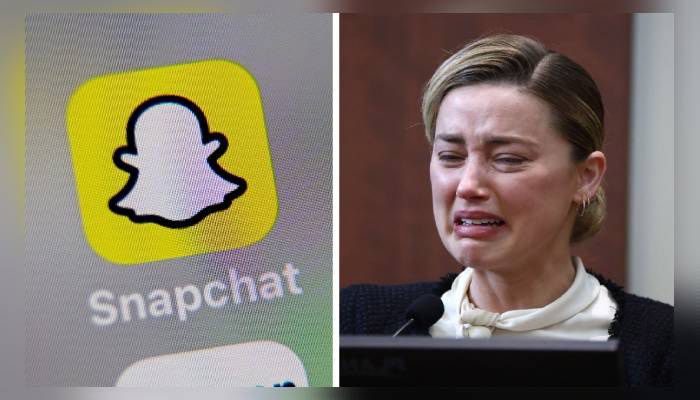 Share
Johnny Depp and Amber Heard’s defamation trial is a much-talked-about event across social media. When Snapchat introduced a crying face filter soon after the “Aquaman” actress' outburst in the court hearing, netizens speculated that Heard was the inspiration behind it.
﻿However, recently, the instant messaging app dispelled claims regarding the particular weeping filter and clarified that the allegation is unfounded. The filter, which has gained over 1.3 billion impressions on Snapchat, is a reality lens that superimposes people's faces and makes the person appear to be crying in a rather funny manner. According to reports, a spokesperson for Snapchat asserted that there were "no ties between Amber and the crying face filter" they have just released to the public.
Moreover, knowing how sensitive this case is, the messaging app claimed that they would "never play coy with a Domestic Violence case". Snapchat also confirmed that the feature had been in the works for six months, way before the trial began.