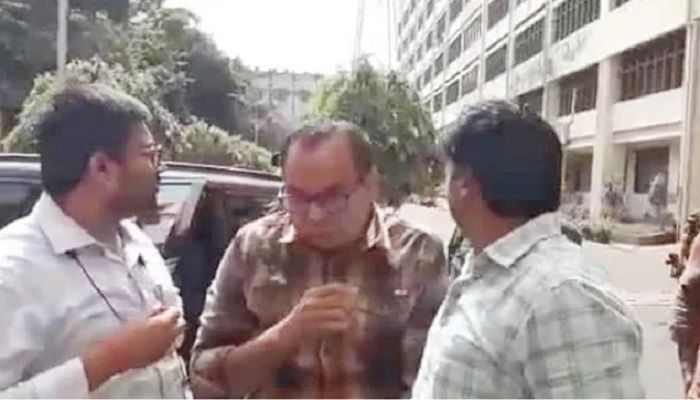 India media reports on Saturday (May 14).

Earlier, authorities in India have conducted operations in West Bengal in search of illegal properties of Proshanta Kumar Halder, wanted in Bangladesh in connection with scams worth billions of takas.

The Enforcement Directorate of India conducted the raids at 10 locations throughout Friday, said the Press Trust of India.

Sukumar, a lawyer for Proshanta, is in jail in Bangladesh. Earlier, ACC Secretary Md Anwar Hossain Hawlader had said Sukumar and his daughter Anindita Mridha watched over PK Halder’s illegal assets after he had fled abroad. Sukumar also looked after several organisations linked to PK Halder’s interest, Anwar had said.

Citing an Enforcement Directorate statement, the PTI said, “Proshanta Kumar Halder has been posing as an Indian citizen by the name of Shibshankar Halder after having managed to fraudulently obtain various government identities like a ration card (from the state of West Bengal), an Indian voter ID, PAN (permanent account number) card and an Aadhaar card.”

His associates have also done the same, the agency said. “The ED has ascertained that these Bangladesh nationals have also managed to float companies in India on the basis of fraudulently obtained identities and have even purchased immovable properties at various places, including in posh areas of Kolkata.”

They were investigating whether the money was linked to PK Halder. 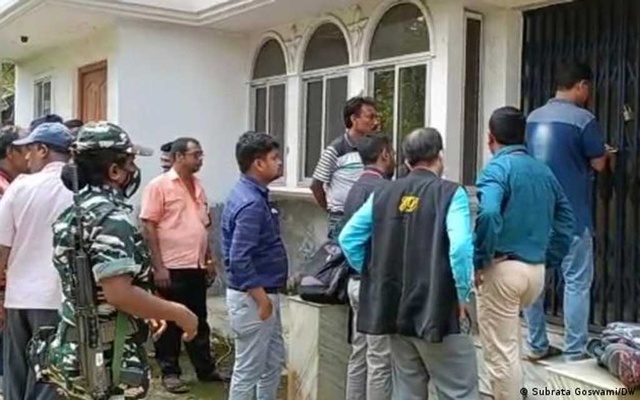 The report said the Enforcement Directorate was also investigating allegations that Sukumar, despite residing in Bangladesh, owns fish farms in West Bengal.

The Anti-Corruption Commission of Bangladesh is closely watching the issue, its counsel Khurshid Alam Khan told the media.

He said Bangladesh has the legal option to bring back the money if the Indian authorities confirm the funds were smuggled out of Bangladesh.

Khurshid and ACC Chairman Mohammad Moinuddin Abdullah could not confirm whether the ACC requested the raids.

The ACC has so far prosecuted PK Halder and a number of his associates in 34 cases on charges of embezzlement of billions of takas and money laundering.

The investigators have charged them in court in one of the cases and three more chargesheets are awaiting ACC’s approval.

As many as 13 of the accused have been arrested and grilled in custody while 11 of them have given statements confessing to their parts of the crimes. Court has slapped overseas travel ban on 64 people in connection with the cases.

It also ordered a freeze on bank accounts of 83 associates of PK Halder and distraint of their immovable assets worth around Tk 10 billion.

Proshanta is a former managing director of the International Leasing and Financial Services Limited or ILFSL and NRB Global Bank. He is accused of embezzling funds and purchasing large shares while taking control of four financial institutions, in which he placed his close associates in positions of power.