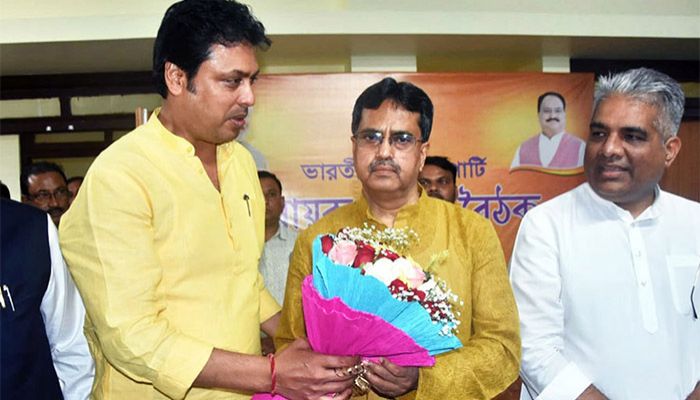 “Many congratulations to Shri @DrManikSaha2 ji for being elected the leader of Tripura BJP legislature party. I am sure that Tripura will reach new heights of development under the guidance of Prime Minister Narendra Modi and your leadership," Yadav took to Twitter to say.

Deb submitted his resignation earlier in the day, stating that the party wants him to work to strengthen the organization.

"Party is above all. I am a loyal worker of the BJP. I hope I have done justice to the responsibilities that were given to me – whether it was BJP state president or Tripura chief minister. I have worked for the overall development of Tripura, and to ensure peace for the people of the state," he said.

"The 2023 election is coming, and the party wants a responsible organizer to take charge of the affairs here. A government can only be formed if the organization is strong. After the elections, someone will obviously become the chief minister," added Deb.

He had gone to New Delhi on Thursday and met Union home minister Amit Shah and BJP president JP Nadda to discuss the party's affairs in the northeastern state.

The developments follow a rejig in the ranks of Tripura BJP and its frontal organizations with an eye on the 2023 assembly elections.