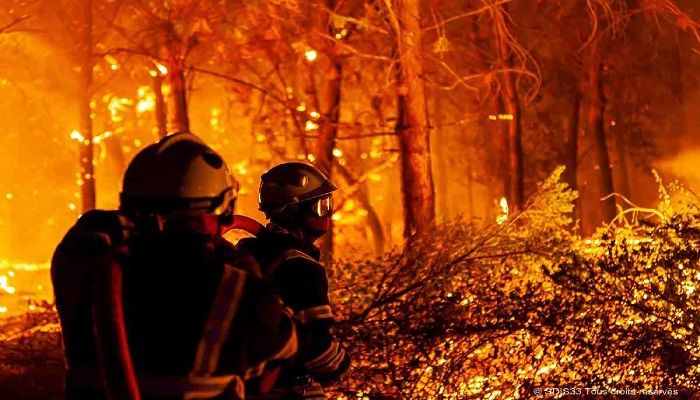 ﻿Firefighters from across Europe started arriving in France on Friday to help battle several wildfires, including a giant blaze ravaging pine forests in the southwest of the country.

The firefighters’ brigade from the Gironde region said the spread of the forest fire was limited overnight due to little wind but conditions for containing the blaze remained “unfavorable” due to hot, dry weather.

The fire in the Gironde region and neighboring Landes has burned more than 74 square kilometers (29 square miles) since Tuesday and led to the evacuation of at least 10,000 people.

More than 360 firefighters and 100 specialized land vehicles were sent from Germany, Romania, Poland and Austria. They are joining over 1,000 French firefighters already on site. Greece sent two specialized Canadair aircraft.