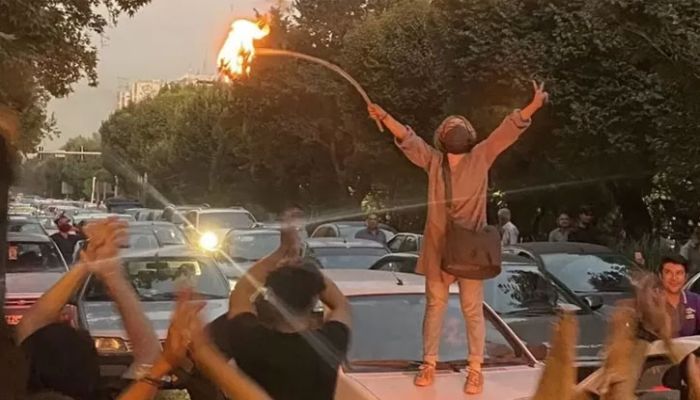 ﻿In Iran, nine people killed and several other injured as a massive anti-hijab protest continued in the country following the custodial death of a 22-year-old woman Mahsa Amini after being detained by the official moral police.

Her death sparked protests in the capital Tehran and western Iran. The unrest has now spread to more than 20 major cities. Video footages of the protests showed furious women cutting their hair and burning hijabs in a bid to fight back against the mandatory veiling of women.

The women have united against what they say is a gender apartheid regime and are demanding their basic rights.

The state-run Irna news agency said, a police assistant died of injuries he sustained in violent clashes with protesters in Shiraz on Tuesday.

Tehran’s police chief said, the death of a woman in custody was an unfortunate incident and it should not be repeated.

Meanwhile, in an address to the UN General Assembly yesterday, US President Joe Biden said Americans stood with the brave women of Iran who right now are demonstrating to secure their basic rights.

Ms Amini, an ethnic Kurd from the western city of Saqez in Kurdistan province, died in hospital last week after spending three days in coma. She was detained outside a metro station in Tehran on last Tuesday by the moral police. According to witnesses, she was beaten while inside a police van that took her to a detention centre.