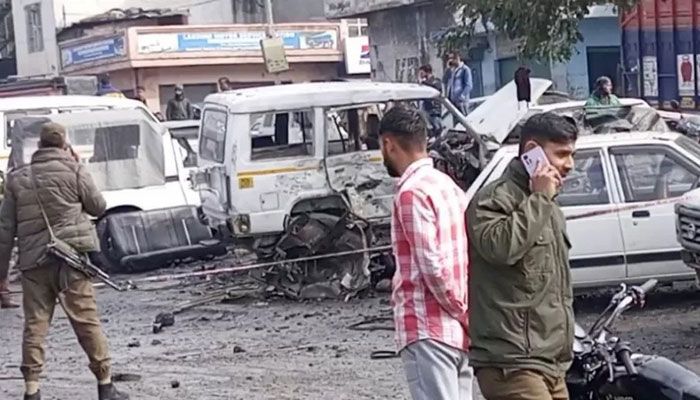 Gandhi's march is currently on a break at Chadwal, over 60km from Jammu.

Improvised explosive devices (IEDs) were fitted on cars for the blast, said officials.

The injured have been rushed to hospital and one of them is said to be critical.

The area has been cordoned off and security has been enhanced following the blasts. Vehicles are being checked as part of a search operation.

Gandhi's yatra began its Jammu and Kashmir part on Friday and is scheduled to conclude in Srinagar on January 30. Saturday is a rest day for those participating in the march and it will resume Sunday towards Jammu.

The Union Territory is under a heavy security blanket in view of the yatra.